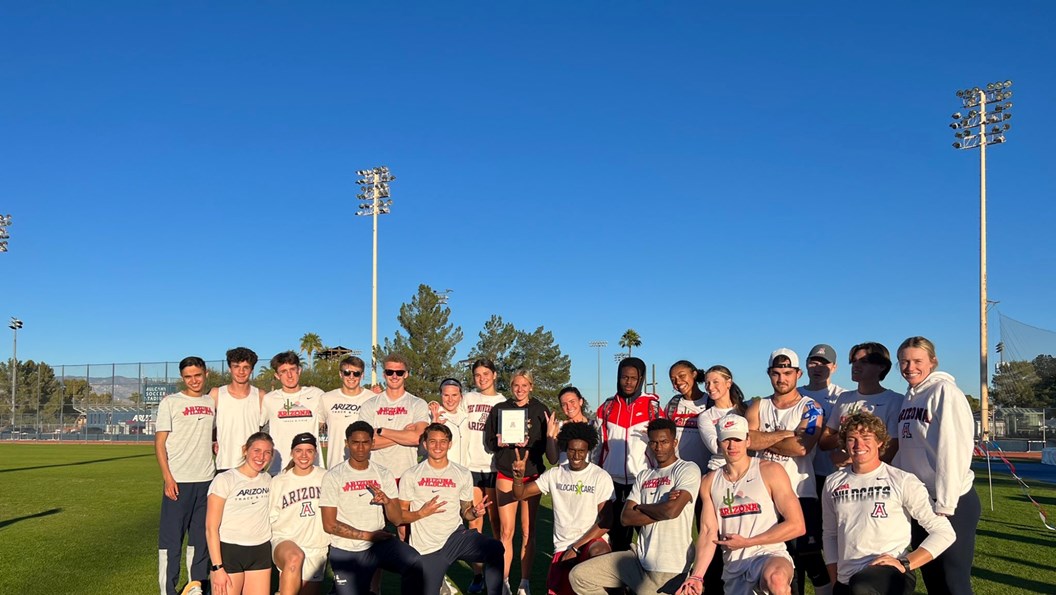 The white team came away victorious, beating the red and blue teams for their second straight competition win. They finished with a team score of 185 and were followed by the red team with 170 and the blue team with 146.

Tanner Kippes cleared 15’6″ and Katie Daily cleared 11’6″ in the pole vault to win for the white team.

The white team swept the number one spot in the high jump, with Emma Gates jumping 1.80m and Kristjan Sigfinnsson jumping 2.05m.

NEXT UP
The first official meet of the season will take place on January 20, 2022, in Flagstaff, Ariz., where the Wildcats will compete in the Lumberjack Team Challenge.

FOLLOW THE WILDCATS!
Fans can keep up with the latest in Arizona Track and Field by following us on Facebook…