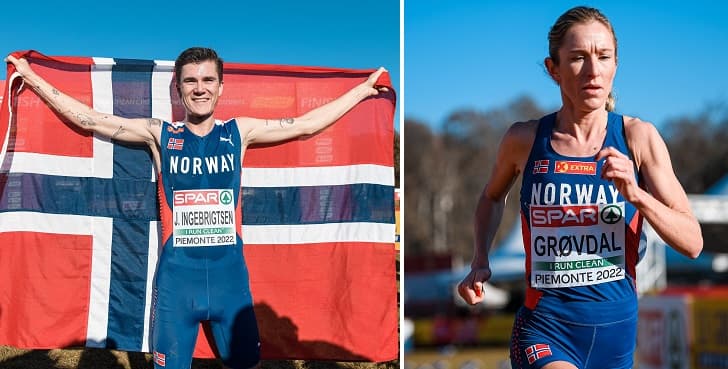 Jakob Ingebrigtsen broke away with 700 metres and increased his lead to 60 metres before crossing the finish-line in 29:33. Ingebrigtsen won his second consecutive European senior title and the sixth gold medal of his career at these championships after claiming four under 20 titles from 2016 to 2019.

Jakob Ingebrigtsen: “It was a tough race overall, but in the last couple of weeks, I have been doing some excellent training, so I knew I was in great shape coming here, but then again, you don’t know about the course and don’t know what shape your competitors are in, so I think it was a great race for me. I had a lot of fun”.

Emile Cairess from Great Britain took the silver medal in 29:42, holding off former European under 23 champion Isaac Kimeli from Belgium by three seconds. European 10000 metres champion Yeman Crippa lost contact with the leading group in the final stages of the race and crossed the finish line in fourth place just two seconds behind Kimeli.

France placed their three best scorers in the top three to win the men’s team title with 24 points, beating Italy by just one point.

Grovdal pulled away from Klosterhalfen on the final downhill stretch with just 200 metres to go. Klosterhalfen finished four seconds behind Grovdal in 26:29. Alina Reh from Germany won the bronze medal in 27:19, holding off her compatriot Hanna Klein.

Germany placed three athletes in the top four to win the women’s team title for the first time. Great Britain placed second with 30 points continuing their streak of winning a senior women’s team medal at every championship since 2000.

Karoline Grovdal: “I was tired going into the last lap, and I felt that in the last few metres, but I knew I was good going down the hill. The technical part is good for me. I felt quite strong going up the hills, and I think that is why I took the gold”.

Nadia Battocletti from Italy claimed her fourth overall European Cross Country individual gold medal and her second consecutive under-23 title one year after her triumph in Fingal-Dublin. Battocletti had previously won two under-20 titles in 2018 and…