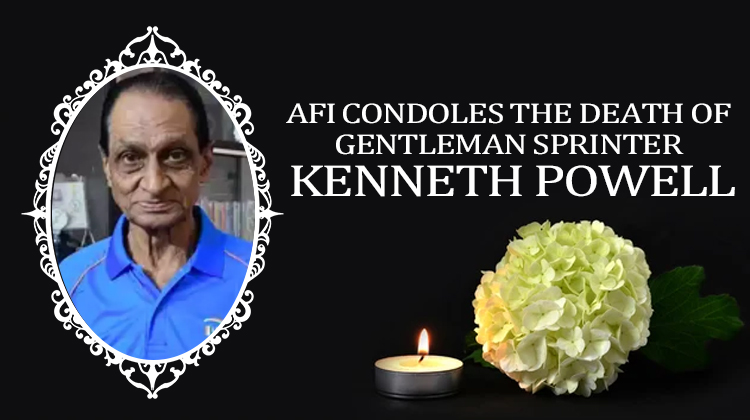 AFI President Adille J. Sumariwalla said the sport had lost a gentleman sprinter in Kenneth Powell’s passing. “Indian athletics grew in stature back in the 60s because of the efforts of athletes like Kenny Powell who won 19 titles in sprint events in the National Open Championships and National Inter-State Championships,” he said.

“He overcame the disappointment of not being cleared for the Asian Games in Jakarta in 1962 and played a key role in the Indian 4x100m relay team making to the semifinal of the 1964 Olympic Games in Tokyo. Similarly, left out of the Asian Games in Bangkok in 1966, he remained motivated and helped India get the relay bronze in 1970 in Bangkok,” he said.

Born on April 20, 1940, in Kolar, Kenny Powell’s first major competition was the 1957 National School Games in Calcutta where he finished third. It was not until he was 19 when he moved to Bangalore to work with the Indian Telephone Industries that he took up athletics seriously under the eyes of Rangers Club coach Krishna.

Five years after he gave up competitive athletics in 1970, Kenny Powell represented Karnataka in the National Handball Championships. He returned to the track and won the 40-44 age group 100m silver in the Asian Masters Athletics meet in Singapore in 1981. Later, he also made it to the final of the 45-49 age group in World Masters Championships in Melbourne.

AFI conveys its heartfelt condolence to Mrs. Daphene Powell and the family.