Eliud Kipchoge promises there is more to come 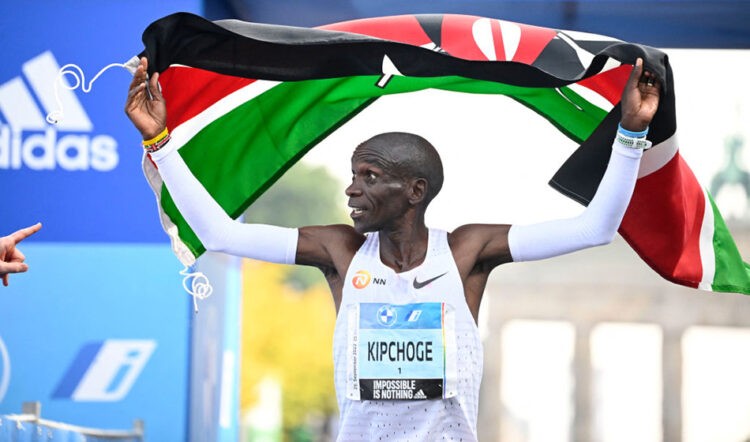 Marketing professionals would call it “cut-through”. The rest of us would probably call it just being famous. Whatever term you choose, for such a slight man, Eliud Kipchoge is beginning to possess an extraordinary amount of power.

The Kenyan, who has become king of all he surveys in the marathon running world, is bringing levels of attention to his sport in ways not really seen since the days when Usain Bolt bestrode the sprinting scene.

He wasn’t even running at this year’s London Marathon, yet still Kipchoge’s presence was the dominant one. Even if he hadn’t been on hand to offer advice to runners at the pre-event expo, give out medals at the mini marathon and then the full showpiece event the following day, it was still his recent achievements which dominated the majority of the chatter… certainly around the elite races.

If you’d asked the average sports fan who they thought likely to be charging down The Mall in first place it’s virtually certain that few could have named a single one of the main contenders. But, even if they might not know Kipchoge’s name either, they are certainly aware of “that guy who broke the two-hour barrier”.

Whatever the purists might say about the pre-conditioned time trial where Kipchoge clocked 1:59:41 in Vienna three years ago, it has changed attitudes around marathon running. “No human is limited”, was the oft-repeated phrase around that project. It remains, Kipchoge says, his proudest achievement to date because it has caused a collective mindset shift, not least in himself.

It captured the imagination and set the clock ticking on when (not if) that barrier will be broken in a conventional big city marathon in the future. “Absolutely, it is possible,” he tells AW without hesitation. “I can confirm that.”

The quirk of the rejigged post-pandemic calendar which meant London remained an autumn race for one more year resulted in this edition falling in the immediate aftermath of Kipchoge adding another chapter to his growing legend.

No one has run around the British capital route faster than he has, but Berlin’s even speedier route is fertile ground for him. The 38-year-old had won there three times previously and broke the world record there in 2018 by running 2:01:39. His first taste of the race, back in 2013, had been…