Frank Talk From Randolph Ross About His 3-Year Ban 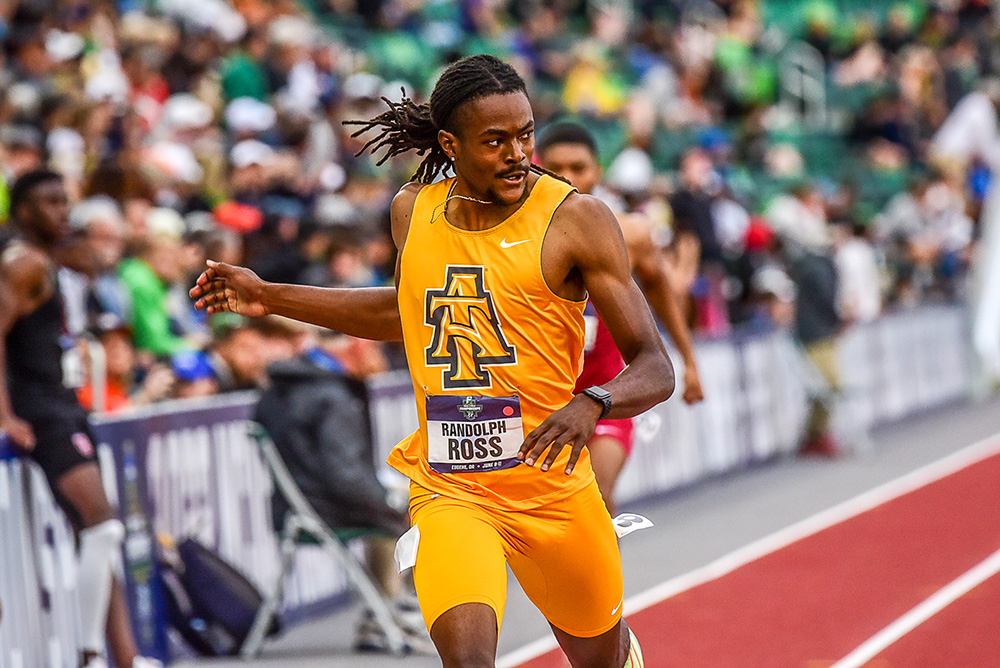 The first words out of Randolph Ross’s mouth in our exclusive interview with the now-suspended Olympic relay gold medalist are: “The whole thing came down to being my fault.”

The North Carolina A&T star isn’t shy about taking accountability for his run-in with the AIU, but he admits he has some bitterness about the way things played out. “It’s not about whether the test comes back negative or not. It was about the paperwork that wasn’t filed correctly, basically.”

The first whereabouts violation came on April 14, 2022, as a result of Ross’s neglecting to update his information to show that he would be in Gainesville, Florida, that day preparing to compete in the Tom Jones Memorial. No argument there.

The second miss is more contentious. Once again, he failed to update his whereabouts, saying he was caught up in the excitement of returning to the NCAA Championships in Eugene, where he defended his 400 title and made All-America in the two relays. In his appeal, he says, he offered AIU the results of his drug test in Eugene, but the appeal was rejected. “Everybody knows where I was. They came [to his home] on the day between my prelims and the finals… If you’re a program to help the athletes, if it was really about drug testing and making sure everybody’s clean, then they would’ve just come to the meet. They had people at the meet. It was not like they couldn’t find somebody. According to them, it was the information we log into the app.”

The third miss is where things get complicated. Ross says he updated his whereabouts through his phone app. However, he says, “It actually turns out that when you update them on the 15th, the information doesn’t roll over until the beginning of the next month.” He was in the process of moving from Greensboro, North Carolina, to Knoxville, Tennessee, where he had intended to finish out his collegiate eligibility running for the Vols.

Somehow, he says, USADA got the memo on the move; the AIU did not. USADA showed up at his new address in Knoxville to administer a test. The next day, says Ross, AIU showed up at his old address in Greensboro, where he no longer lived. Strike three.

As a top-tier athlete, Ross had been placed in the AIU testing pool, meaning he was subject to out-of-competition tests by the AIU in…