Katie Nageotte, Olympic and World champion, speaks on the absolute agony and ecstacy of her last year 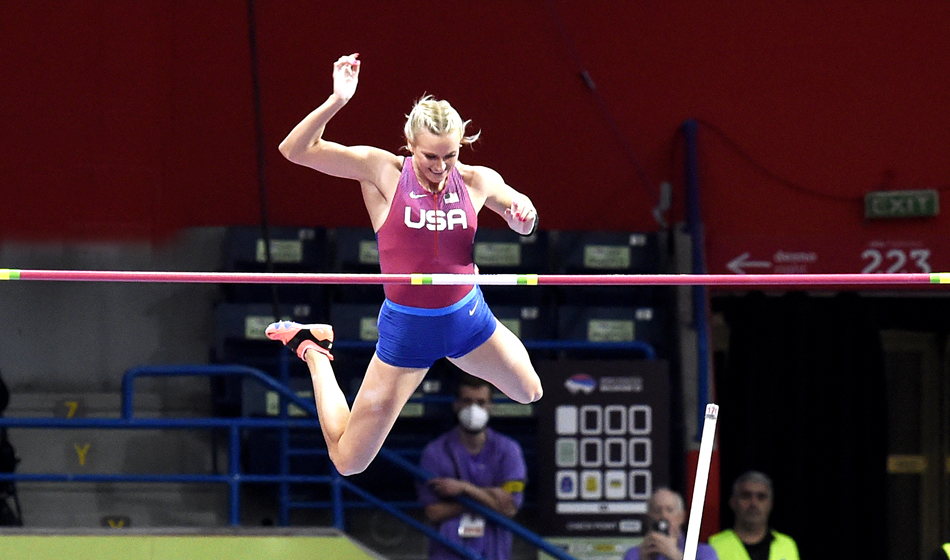 Katie Nageotte won the Olympic and World Champs gold, yet her last year was full of agony and ecstasy. Stuart Weir, in his 120 story for us (119,000 words) in 2022, put this together for us as an exclusive. We are most grateful to the senior writer for Europe of RunBlogRun.

To win the Olympics and the World Championship within a 12-month period is beyond most athletes’ dreams, but it happened to Katie Nageotte. It sounds like a perfect year but actually, it was anything but!

Katie went to the 2021 Diamond League final, a month after the Olympics, and failed to clear the first bar she attempted. Not very Olympic champion-like!  She recalls that she was in no state to compete: “I was still holding on by a thread, running on momentum. I was already beginning to crash mentally, physically, and everything.  And in the two weeks between Pre and Zurich, I crashed in a way that I’d never experienced.  My practices were terrible.  It was one of those things that I knew exactly why it was happening, but I couldn’t motivate myself for anything.  I was trying everything like telling myself the prize money was good, that if I won, I would get an automatic entry into the World Championship – which for an American athlete is huge.  I wouldn’t have to worry about trials.  Winning that lovely Diamond League trophy that was sitting in front of me.  But not one thing could conjure up any motivation.  It was sad because you never want to do that and I never want to finish my season that way.

“I walked up to Brad and said, ‘I have nothing left to give.  I had just shut down.  And as much as I hate that because the Diamond League final is huge and I didn’t want it to look is as if I just come in and didn’t care, I was really hoping that meet adrenalin would kick in.  But it didn’t.  Brad hugged me and said, ‘you won the Olympics, don’t be sad.  Usually, when I have a meet like that, I am really feisty and want to get back out.  That night I was just thinking, ‘I am so happy to be done for the year’. It shows that we’re human and all have our breaking points.  It’s the reality of the sport. You need to take breaks, and I was ready for mine”.

In the winter, she found that she was greatly in demand as an Olympic champion. Invitations to do interesting things flowed in. As she says, “I got all these incredible experiences because I was the Olympic…