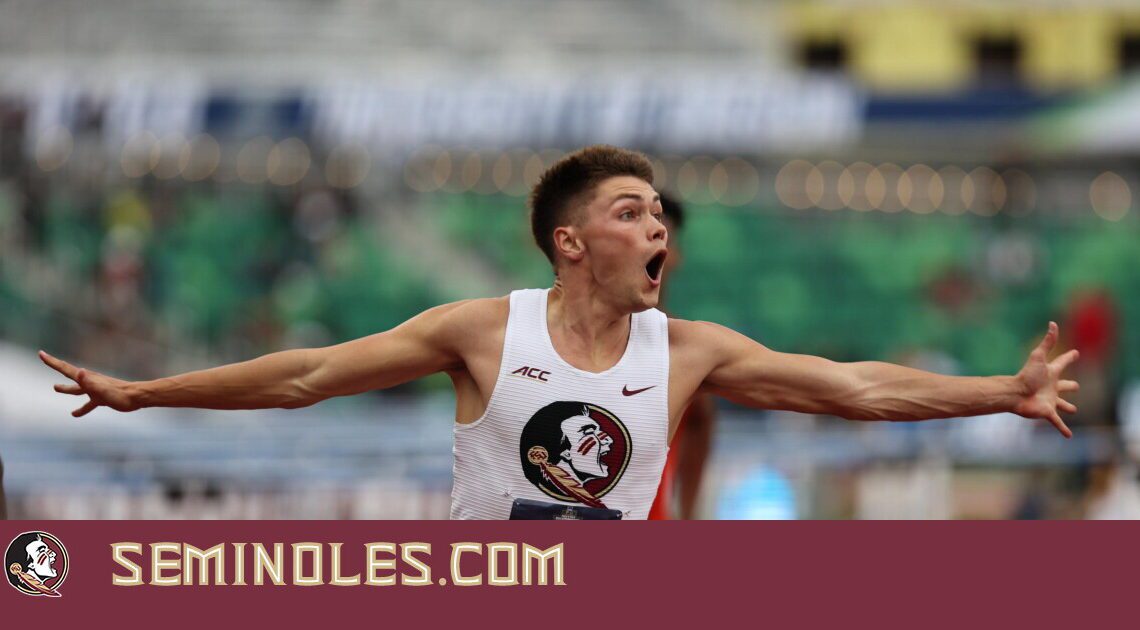 TALLAHASSEE, Fla. – Former Florida State hurdler Trey Cunningham will look to make one final impact on collegiate track and field on Thursday night as he looks to become the second Seminole to win The Bowerman, collegiate track and field’s most prestigious individual award. The ceremony will take place at 9 p.m. eastern inside the Gaylord Rockies Resort and Convention Center in Aurora, Colo. Fans can watch the ceremony on USTFCCCA’s YouTube page. Cunningham is one of three male finalists joining Randolph Ross (North Carolina A&T) and Ayden Owens-Delerme (Arkansas). Ngoni Makusha won the award for the Seminoles in 2011.

Cunningham put together one of the greatest seasons in collegiate track and field hurdle history during his 2022 campaign. In the indoor season, Cunningham became the first collegiate athlete to run 7.42 or faster four separate times in the 60m hurdles. Cunningham cruised his way to his first career national title in the 60m hurdles recording the second-fastest time in collegiate history at 7.38 in the championship race. His time of 7.38 was also the 11th-fastest time in the history of the sport. Following his indoor campaign, Cunningham was named the ACC Indoor Men’s Track Performer of the Year, ACC Indoor Scholar-Athlete of the Year and the USTFCCCA Men’s Track South Region Athlete of the Year.

Cunningham picked up right where he left off in his outdoor season where he ran the third-fastest season-opening time in collegiate history (13.22) in the 110m hurdles at the UNF Invitational. This was just the beginning where Cunningham ran 13.22 or faster nine times in 10 races throughout his season. No collegiate athlete had run 13.22 or faster more than six times in a single season. Cunningham capped off his collegiate career in style with a national title in 110m hurdles with a time that tied for the second-fastest time in collegiate history (13.00).

Cunningham quickly turned to the professional ranks where he continued to impress. Cunningham finished second at the USATF Championships to qualify for the World Championships. Cunningham cruised his way to the world final where he would take silver in the event.