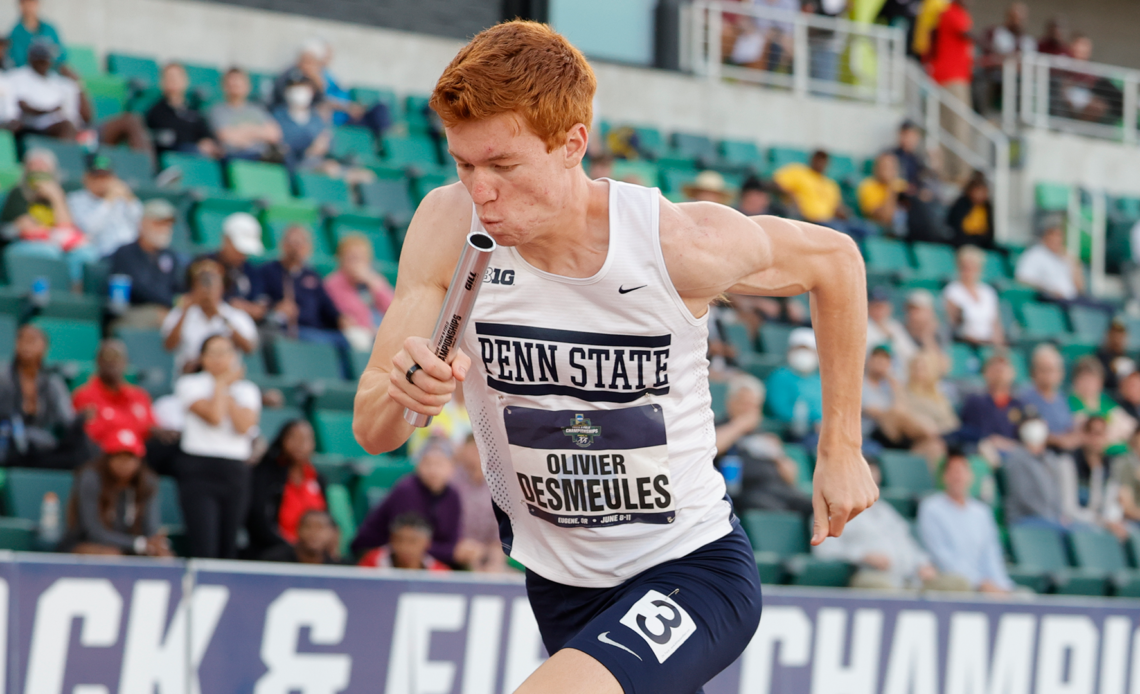 UNIVERSITY PARK, Pa. – Penn State Track & Field’s Olivier Desmeules was recognized as the men’s recipient of the Big Ten’s Indoor Track Athlete of the Week honor, as announced by the conference on Dec. 14.


Desmeules, a sophomore majoring in economics, ran a 1:16.63 in the indoor 600m run at Penn State’s Blue & White intra-squad meet to break the Canadian U-23 National Record, a mark that has stood since 1985. The Nittany Lion beat the previous top time, a 1:17.06 effort by Brian Thompson, by nearly a half-second.

The meet was Desmeules’ first competition atmosphere since Penn State’s 4x400m relay team took to the track in Eugene, Oregon for the NCAA Championships in June.

It is the second week in a row that a Nittany Lion has taken home a Big Ten weekly award, as Mallory Kauffman was bestowed the women’s field honor last week on Dec. 7 following her shot put effort at the Bison Opener, a throw that is still the best in the NCAA this year. This marks the first time that Desmeules has brought home this award in his career, and he became the first Nittany Lion to win the men’s track award since Evan Dorenkamp in 2021.