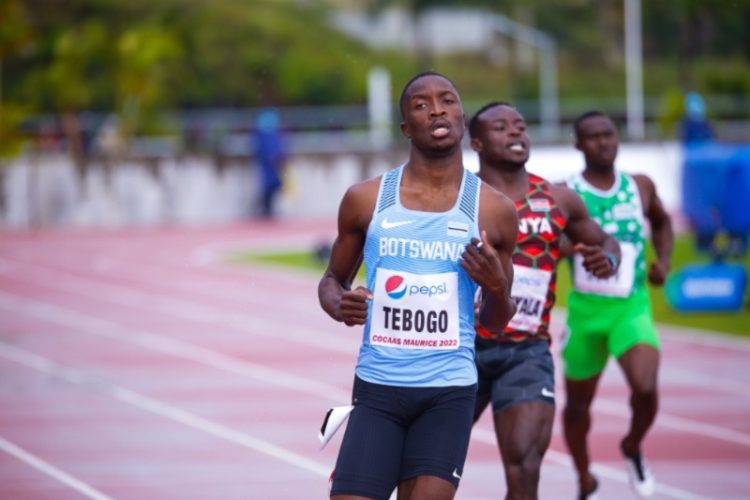 I found Deji Ogeyinbgo’s thoughts on these two superb athletes thought-provoking, and I believe you will as well!

When Erriyon Knighton picked up the gong for his second World Athletics Rising Star award, there were few whispers about his eligibility for the award, but just as he was deserving of it, there was a distinct possibility the likes of Botswanan sprinter Letsile Tebogo and Jamaica’s Jumper Jaydon Hibbert could as well have won it, and it won’t have caused much controversy.

Knighton seems the more established star, considering he popped up shortly before the Olympics in Tokyo and finished in the Top five of the men’s 200m. But with regards to Sprinting and their achievements in the grand scheme of things, there was very little to separate them this year.

This year, his major highlights were winning 200m bronze at the World Athletics Championships in Oregon and becoming the youngest individual medallists in a men’s event in World Championship history.

The reality is a fully fit Knighton is surely going to take over the 200m for the next couple of years, while Tebogo will go on and break records in years to come over the 100m. But like every prodigy who have emerged with glowing recommendations at the Youth and Junior level, going to dominate can be a herculean task.

The beauty of our sport is understanding where stats should end and comparing athletes using the eye-test point of view. These athletes know how hard it is to sustain brilliance. It’s tough enough to turn a run of positive performances into a good season. To go on and do it for a decade in the most competitive of sprint events while also winning laurels will be nothing short of astounding.

Interestingly, Tebogo enjoys the longer dash event, more than 100m, and his target is to join the sub-20 club. He was disappointed when he finished second behind Nigeria’s Udodi Onwuzurike in the 200m last year in Kenya, but in his quest to reclaim the title in 2022, he lost out to Israel’s Blessing Akwasi Afrifah at this year’s U20 Championships in Cali,…