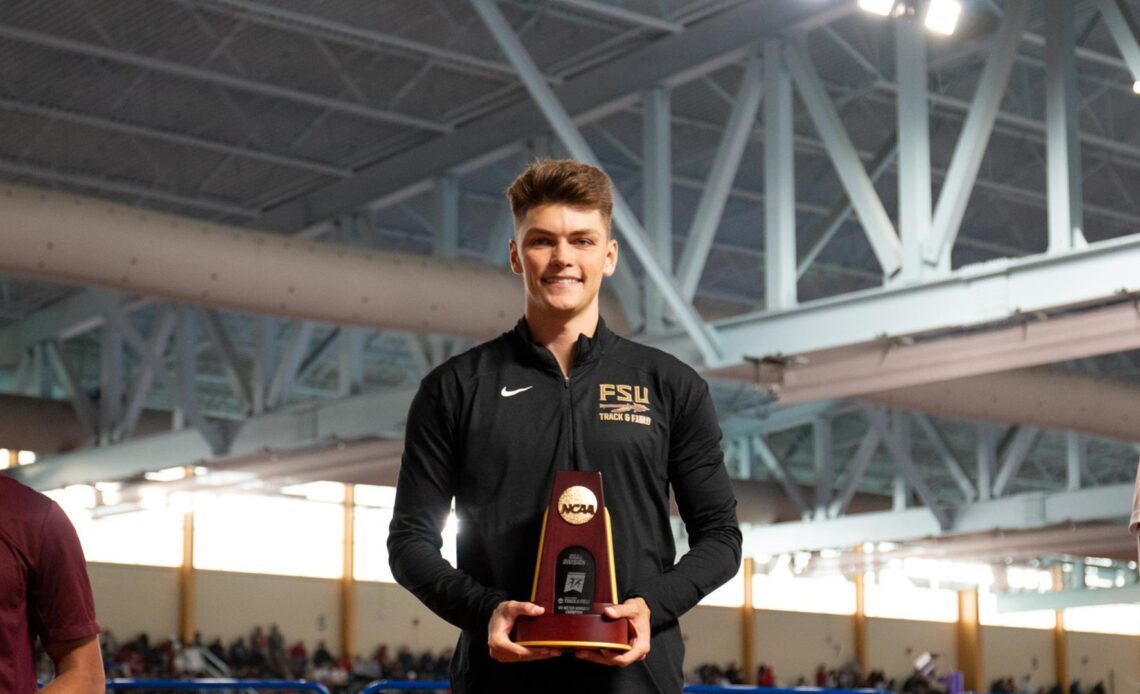 The Alabama native had a year unlike any other over the barriers in collegiate history.

Between the time Cunningham debuted at the Clemson Invitational in mid-January to the time he completed the NCAA indoor-outdoor sweep in Eugene, Oregon, he posted seven all-time top-10 hurdling marks. In total, Cunningham had more single-season 7.42 or faster efforts in the 60-meter hurdles than anybody in collegiate history (four) and did the same with 13.13 or faster efforts outdoors (six) in the 110-meter version.

Speaking of that hurdling double between the NCAA Indoor and Outdoor Championships, he did so with the second-fastest marks in collegiate history behind 2019 The Bowerman winner Grant Holloway: 7.38 indoors and 13.00 outdoors. Coincidentally enough, Holloway served as co-host of the 2022 The Bowerman Presentation alongside ESPN’s John Anderson.