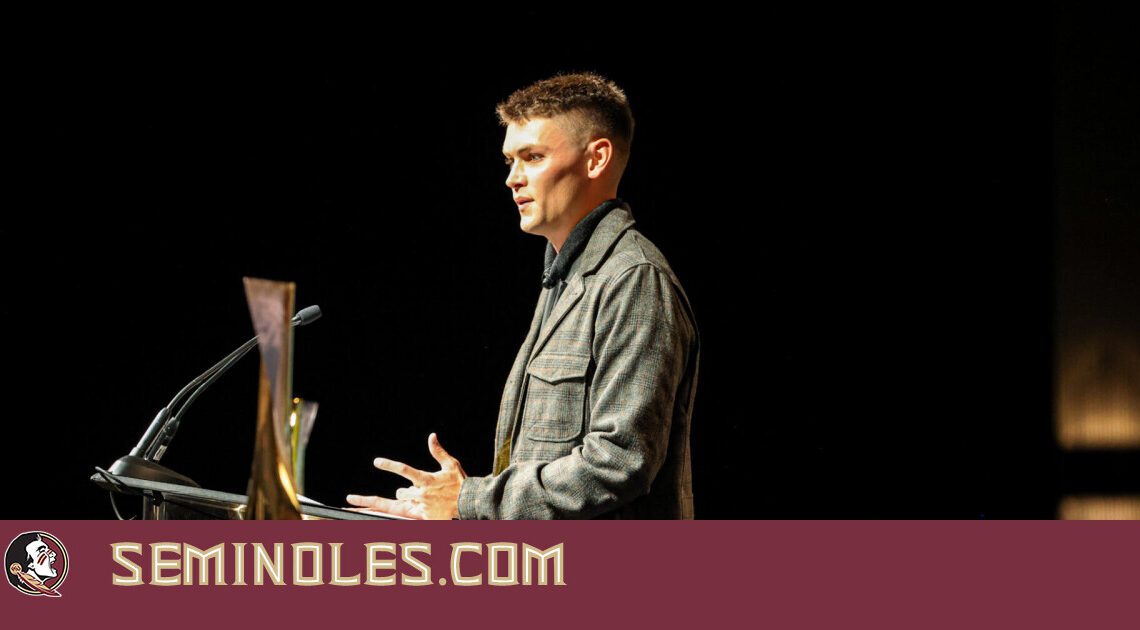 AURORA, Colo. – Trey Cunningham had already solidified himself as one of the top hurdlers in collegiate history, but his name will forever be sketched into collegiate track and field history as he was named The Bowerman winner Thursday night.

Cunningham is the second Seminole to win The Bowerman joining Ngoni Makusha who won the award in 2011. Florida State is now one of three schools to have multiple male Bowerman winners.

“I thought about what I was going to say tonight and it all boiling down to two words, ‘What if?’” Cunningham said. “What if I didn’t go to Florida State? I had no idea what I was getting myself into when I decided to come to Tallahassee.  I truly found myself there and was able to push my bounds athletically, academically and socially. This University has provided every opportunity I needed to succeed and has made me feel at home,

“I’m just glad it’s been a fun ride so far and I can’t wait to see where it takes me next. Thank you all for coming tonight, and thank you all for voting me as your Bowerman Award winner.”

Cunningham holds the FSU and ACC records in both the 60m hurdles and 110m hurdles. Following his collegiate season, Cunningham made his name known in the professional ranks, earning silver at both the USATF Championships and the World Championships.

Cunningham is pursuing a Master’s degree in sport management at Florida State. Cunningham will continue to train in…