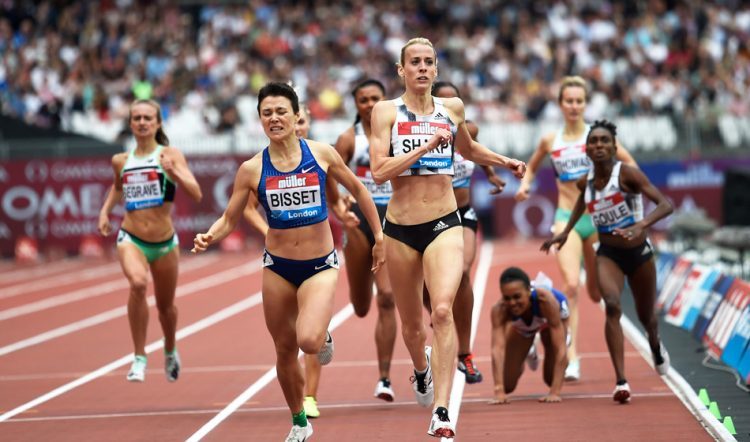 Keely Hodgkinson will have Jenny Meadows’ British record of 1:25.81 in her sights when she races over 600m at the Manchester World Indoor Tour Bronze meeting on Saturday January 28.

Meadows, who now coaches Hodgkinson along with husband Trevor Painter, coincidentally set the record in Manchester in 2007.

The world record is 1:23.44 set by Olga Kotlyarova of Russia in Moscow in 2004. Olympic champion Athing Mu, meanwhile, is the second fastest in history the American clocked 1:23.57 in New York in 2019.

One thing’s for sure, though, Hodgkinson is sure to beat her PB of 1:56.9 which was set a decade ago when she was an under-11 athlete.

Last winter Hodgkinson set a UK 800m record of 1:57.20 in Birmingham and also placed a close second in the 400m at the UK Indoor Champs before pulling out of the World Indoor Championships in Belgrade with injury.

This winter she is set to run 800m at the Birmingham World Indoor Tour Final on February 25 and could possibly finish her indoor season at the European Indoor Championships in Istanbul on March 2-5.

Also at the Manchester meeting in January, former European 800m champion Lynsey Sharp makes her comeback and will race for the first time since 2019 over 800m.

The 32-year-old, who gave birth in 2021 to a baby boy called Max, is set to face Issy Boffey, Louise Shanahan and Abigail Ives among others.

Sharp, who is married to athlete Andy Butchart, said last year: “I want to bring a child into the world and be able to show them that a mum can have a child and can come back and achieve amazing things. I definitely want to come back for a couple of years. Focusing on a family doesn’t mean you have to say goodbye to other goals in your life.”

Tickets are £10 for adults and £5 for children – click here.