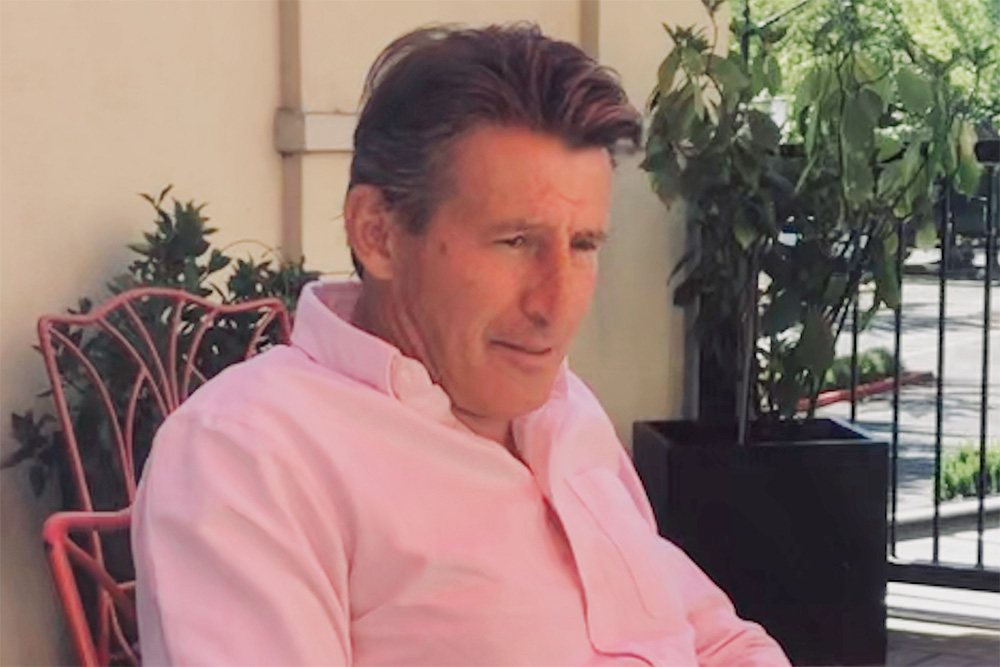 AS HAS BEEN HIS CUSTOM for the past 3 seasons, this week World Athletics President Seb Coe spent a couple days before the commencement of year-end holiday festivities engaged in video chats with representatives of the global track & field media.

Before taking questions from the group T&FN was invited to join, Coe, now with 7 presidential years under his belt, led with a few observations:

An Extraordinary Year For Athletics

“I don’t think I’m probably going to be saying anything that is particularly noteworthy when I say that it was an extraordinary year for athletics. And I’m a fan, like all of you.

“I can’t remember a season where I’ve seen such unbelievable performances. And those performances were not, you know, just limited to the championships arena. They occurred across our Continental Tours, our Diamond Leagues and many other manifestations.

“But actually, I don’t think you can talk about those performances without setting them alongside the absolute challenge of the previous two years in the lead up to that. Because I think is worth reflecting that those performances came off the back of a set of challenges I can’t think any athlete in any generation — certainly not my generation — had to confront. And [these challenges] were the 2 years of Covid: the first year of uncertainty, a disruption that was without precedent, an Olympic Games postponed, training programs turned upside down.

“And resilience and fortitude and forebearance that is staggering given the, the challenge that they were facing.

“And again, this is probably a moment just to pay the kind of tribute that I need to at this moment to the athletes that did what they did last year. Because for me, that’s not just a one-off year that we all got lucky and happily everybody struck a rich vein. I think you have to look at the history of where they came from in order to do that. And I think that makes the performances even more spectacular.”

To date, Seb Coe has guided World Athletics through a tumultuous 7-year period since his election to its Presidency in 2015. There was the pay-to-play corruption legacy of previous president Lamine Diack to banish, the entrenched culture of systemic drug cheating in Russia and elsewhere to root out.