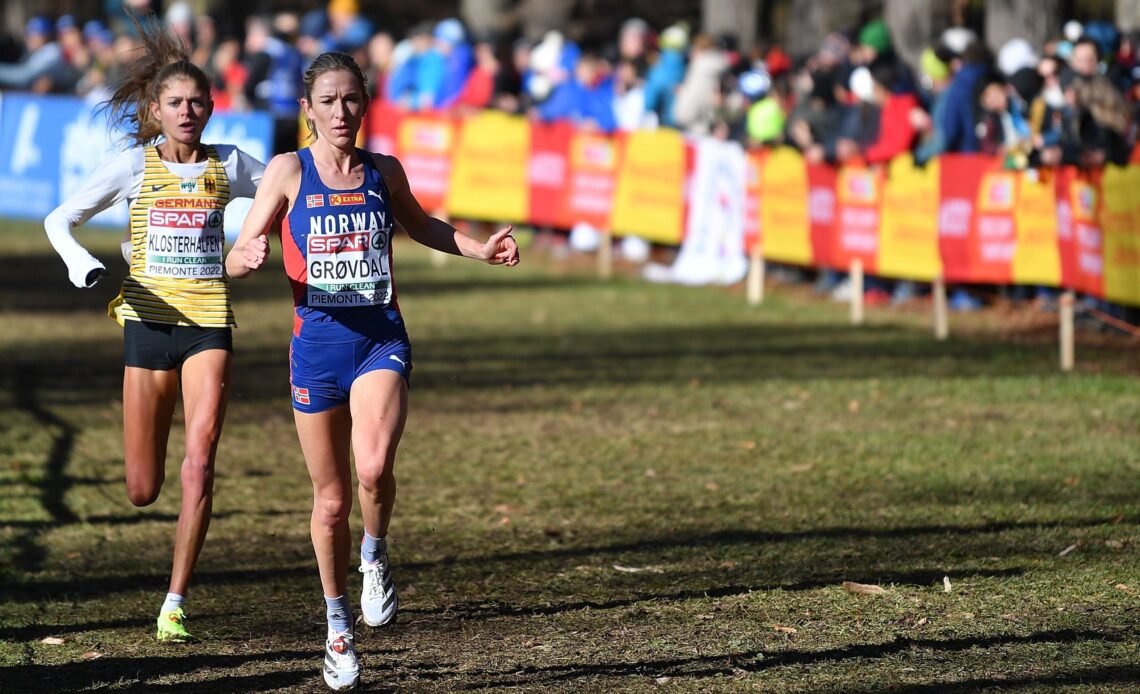 Karoline Grovdal and Konstanze Klosterhalfen went 1-2 in the SPAR European Athletics Cross Country Championships in Turin, Italy, on December 11, 2022. Grovdal and Klosterhalfen will be competing against each other in a 5k on New Year’s Eve in Barcelona, Spain.
Grovdal and Klosterhalfen on the Road
BARCELONA (ESP): Organizers of La Cursa dels Nassos, who already announced the participation of Norway’s Karoline Bjerkeli Grovdal, has confirmed that her great rival, Konstanze Klosterhalfen of Germany, will also compete in the 5km on December 31 in the streets of Barcelona. Klosterhalfen and Grovdal have met nine times, with five victories for the German, but it will be their first competition together in a road event. The challenge for both is to improve the European record, held by Sifan Hassan from the Netherlands at 14:44. From Corredor.
photo by Francesca Grana for European Athletics