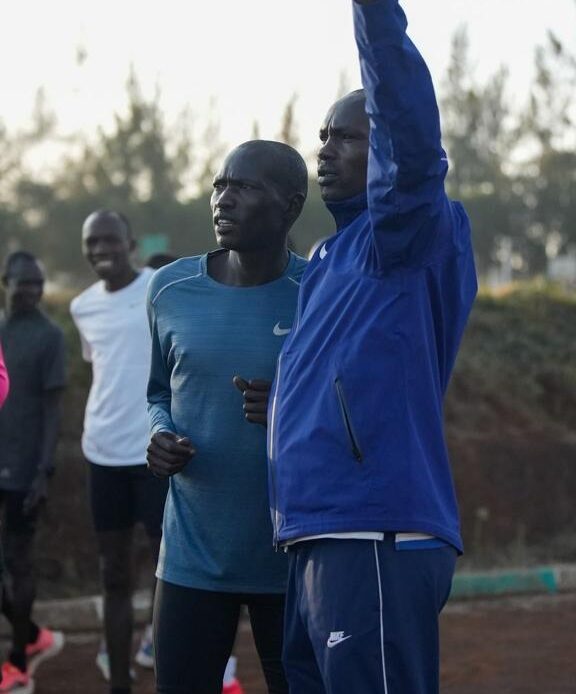 At 25km into the 2022 ADNOC Abu Dhabi Marathon, Kenya’s Timothy Ronoh put the pacing money safely in his pocket and then went after the open prize money. At 30km, there was no one in sight behind him as he went ahead to extend the lead before winning the race in 2:05:20, 4 minutes ahead of his next competitor.

Eunice Chumba won the women’s race in a different version. She stayed patient behind two male pacesetters throughout the race as the rest of the women kept dropping back and fading away. The 2019 World Military Game’s champion would cut the tape in a new course record of 2:20:41 ahead of Angela Tanui (2:21:12) and Ethiopia’s Mare Dibaba (2:21:25).

It is interesting to note that the two different running styles executed by the two winners came from runners who train in the same training camp under the same coach!

The two runners train on the same terrains with Eliud Kipchoge, who won the Tokyo and broke the world record at the Berlin Marathons this year, Kelvin Kiptum, who just ran 2:01:52 in Valencia, and also with Sharon Lokedi, who won the New York City Marathon recently. With these feats, Kaptagat is slowly getting some attention as one of Kenya’s best places to train.

Just after the race, RunBlogRun made a call to the coach of the newly crowned champions. Nicholas Koech, who now coaches runners at the relatively new Dr. Rosa’s Nike Camp in Kaptagat, was so happy about the achievement of his runners in Abu Dhabi but passed the credit to his mentor coach.

“I credit Erik Kimaiyo (coach to Brigid Kosgei, the world record holder) for this because I am using the same training philosophy I learned from him while I was a runner at his camp in Kapsait,” said Koech.

During the men’s race, Ronoh had been urging the elite men to keep up with him to stay with the course record pace, but it appeared to be a challenging pace to keep as eight men followed him in a single file as they approached the halfway point.

The halfway point was crossed in 1:02:48 with five men remaining in the leading pack. Ronoh completed his pacing duties and broke away after 25km.

A group of four remained in a chasing pack before Felix Kimutai realized it was time to shift the focus from his fellow chasers to closing the run-away pacer at around 29km. Ethiopia’s Mamo Gebreyohannes went with him for a while before the two separated.