Rising star Henry Dover looks back on a great year 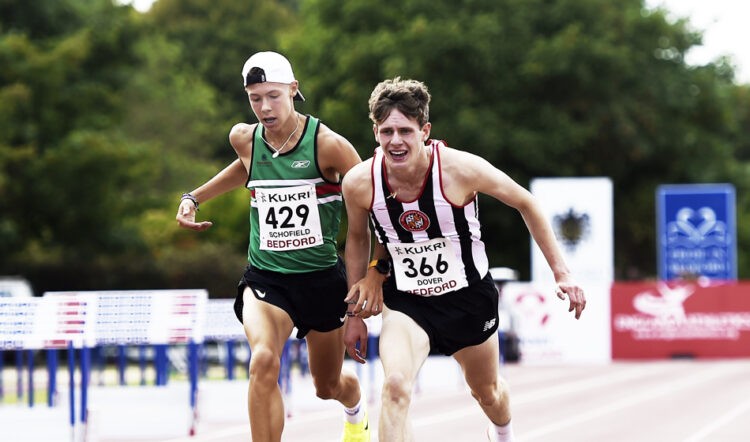 When Henry Dover crossed the finish line to win the TCS Mini London Marathon in October, he cemented his place as one of Britain’s young, bright distance runners. Having come second twice before, it was third time lucky and a particularly sweet victory.

This has been a huge year for the 17-year-old who also broke a 3000m championships record that had stood for 42 years – running 8:24.06 at the England Athletics Under-17 Championships in Bedford. His subsequent 8:15.26 for the distance put him No.5 on the UK all-time rankings and pushed Mo Farah down to sixth so he’s in good company.

He also topped the podium for the 1500m at the English Schools Championships and the SIAB Schools International. We caught up with him to look over his incredible year and look ahead to what the future has in store.

How did you get into athletics?

It was completely by accident. I was always very sporty and I really loved football. I went to my local athletics track Colchester and Tendring Athletics Club (CATS) just to get fitter for football. I did a couple training sessions there and my coach put me into a couple of races and that was when I realised I was actually pretty good at running and maybe it should take over from football.

What made you choose distance running?

I chose distance running because, when I played football, I would always be running around the pitch – twice as far as any other player – without getting tired. Also, in primary school cross-country races, I would be miles in front of everybody, so I knew I had the endurance in me, even without that much training.

What did it mean to win the Mini Marathon?

The Mini Marathon was the one I wanted. I had previously come second twice, and I could not let that happen again. When crossing the finish line, there was a great sense of relief. Meeting the legendary Eliud Kipchoge after the race was a huge honour which I will never forget [right]. He’s a global star and to have him there at the end made it even more incredible.

How did it feel to break Jonathan Richards’ 42-year-old 3000m championships record this summer and then push Mo Farah down the all-time rankings?

Breaking it was a surprise! It was late in the season and I was tired. I went into it wanting a slow race then a last-lap burn-up. I got the burn-up but definitely not the slow race – it was a painful one. Pushing Mo Farah…