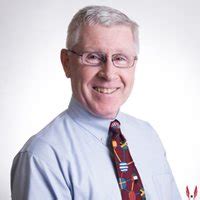 The ASBA is one of my favorite organizations. Seeing that they gave Duffy Mahoney a Distinguished Service Award is pretty awesome. Duffy is a former college coach whom I met while coaching at Santa Clara University. Duffy is one of the top experts on the technical vagaries of tracks with USATF and World Athletics.

Forest Hill, MD – The American Sports Builders Association (ASBA), the national organization for design professionals, builders, and suppliers of materials and equipment for athletic facilities, has announced the winners of its industry awards of recognition.

The awards presentation took place at the close of ASBA’s Technical Meeting, which was held in Palm Desert, California.

The Distinguished Service Award, presented by the Association to recognize notable work benefitting the ASBA, was given to Duffy Mahoney, Chief of Sports Performance at USA Track & Field. Mahoney has announced his plans to retire from his full-time position with USA T&F this year. He has been a fixture at Association meetings and a longtime contributor to publications and articles.

Mahoney’s career with USA Track & Field spans more than 30 years (he entered the organization as its national team’s manager in 1989). Prior to that, he worked as a teacher and a track & field coach (as well as a coach of football and lacrosse) at Long Beach High School in New York. From there, he moved on to coaching the Saudi Arabia national track & field team and was the head coach of track & field at St. John’s University in New York.

Reflecting on his work, Mahoney noted that he is looking forward to retirement – in part so that he is able to travel to the bucket list of countries he has accumulated after a career spent visiting 54 others – and to restart his consulting business that will focus on athletic facility design. And in the meantime, he adds, USA Track & Field is in good hands.

“I have hired so many really good people who are well equipped and ready to roll,” he notes.

Also during the Technical Meeting, Racquet Sports Industry Magazine announced the winner of its Court Builder/Contractor of the Year Award, recognizing outstanding…