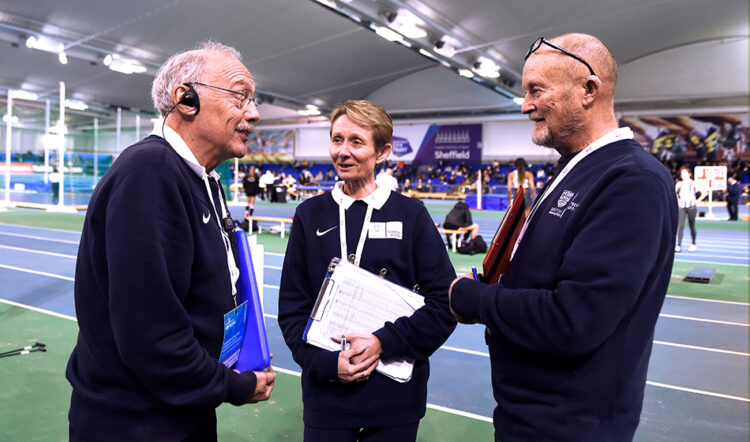 They are the people who make athletics meetings possible, but how can a new generation be attracted into officiating?

It’s an age-old problem – quite literally. “We don’t have enough officials.” “They’re all old and we will have no one to replace them when they die.” Such comments reflect what we’ve all long heard when it comes to the people who help make athletics meetings possible. Yet, somehow, they’re still here, the sport is still here, we get by.

But how long, really, can that go on for and what of the future? Could changes in the sport affect our ability to find enough officials and what can we in the UK learn from other countries?

The landscape has already changed, according to Chris Cohen, who is one of the UK’s most experienced International Technical Officials and was competition director at the World Athletics Championships Oregon 22.

The Derbyshire man says the traditional pool of new officials has dried up in that fewer teachers are turning to it. Meanwhile, more parents of athletes are finding their way in, although the sport may need to alter its competition structure to keep that steady influx of volunteers.

Cohen, who has been an official for nearly 50 years, says: “There are people who may be willing to go along to a league match with their son or daughter and be willing to do a couple of hours. Probably we need to structure the system in such a way that it accepts and encourages that rather than discourages it – so instead of having a league match that lasts six or seven hours, then there’s a way of getting those mums and dads in for those two or three hours and encouraging them to stay on and do the whole session [because it’s shorter].”

Shorter meetings may mean more fixtures over the whole summer, however, which would put an upward pressure on the quantity of officials needed. According to UK Athletics’ “UK-Wide Officials Strategy”, published last year to put in place a plan leading up to 2032, the country has around 5000 registered officials, of which about half are active, meaning there are just about enough for a busy weekend, when around 2800 are needed. The document added: “It is becoming more challenging and, therefore, recruitment and retention of officials is vitally important to meet future market demand.”