An Iconic International Marathon in Iten was long overdue 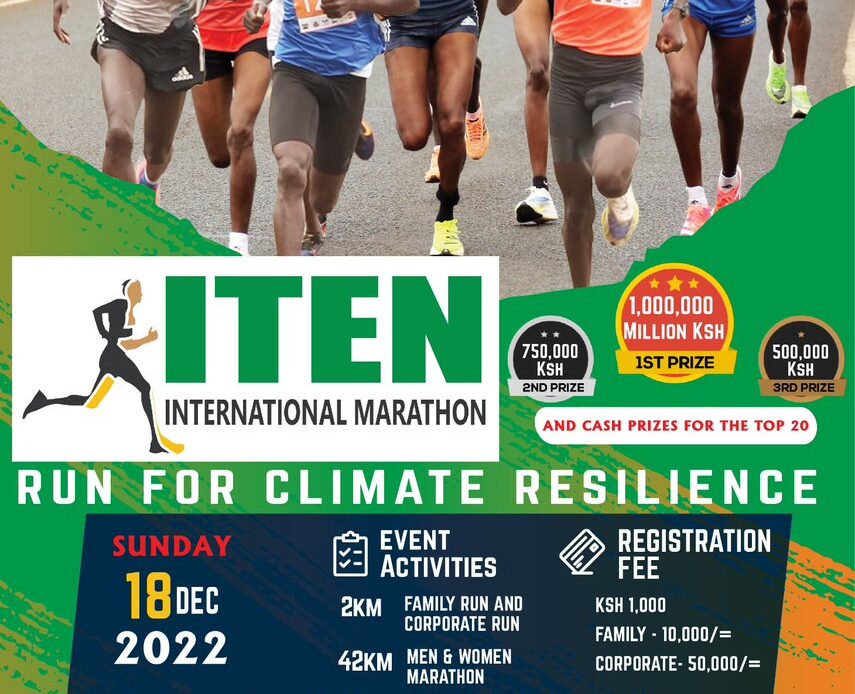 This is Justin Lagat’s feature on the new Iten Marathon, which was held on December 18, 2022.

Finally, Iten, “the Home of Champions,” has established an international marathon that will bolster its stature as the world’s most significant long-distance running training destination in the whole world.

Given the number of nationalities of runners training in Iten, the time to have an iconic marathon here was overdue, and the county government of Elgeyo Marakwet finally held its inaugural marathon this past weekend, on the 18th of December 2022.

Just like the Boston Marathon, the marathon was on a point-to-point course. Early in the morning, runners were ferried to a starting point at Chororget, which is around 42km from Iten town. This would be great for the runners to tour the course before the race.

The inaugural winners for the men’s and women’s races were Samuel Naibei (2:08:43) and Caroline Jepchirchir (2:28:33), respectively.

On its first edition, the marathon had more than 500 athletes participating. More than twenty-seven of the participants were foreign athletes currently training in Iten. Flags from different countries at the finish line represented the different nationalities that participated in the event.

The route that runs across the highest points of Elgeyo Marakwet County, along the Rift Valley highlands, offers some great views along the course and helps put some excellent tourist attraction sites –beautiful waterfalls, Game Parks, natural forests, the Lornah Kiplagat High Altitude Training Camp and incredible viewpoints- on the map.

Sponsors came in from different sectors of the economy. For example, there were the Kenya Commercial Bank, the Standard Media Group (that aired the event live on their KTN TV), the Kass Media, the Boresha Sacco, the Bio Foods Company, the Lapfund, the Kerio Valley Development Authority (KVDA),  the Elgeyo Marakwet County Assembly, and the Coca-Cola, among others.

“We started it small, and we hope to make it bigger in the years ahead,” Wisley Rotich, the…