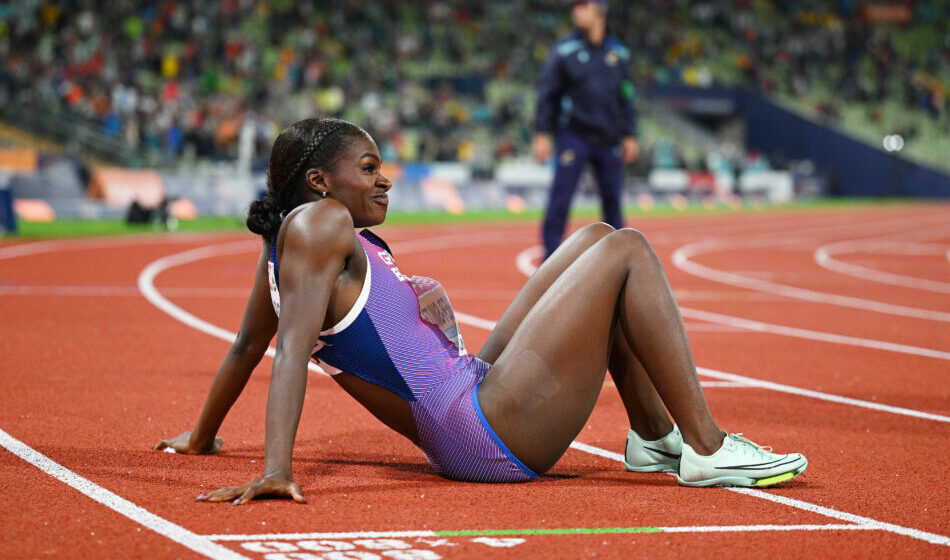 Dina Asher-Smith grabbed the headlines at the European Championships in Munich as much for her comments off the track as her performances on it. After limping out of the women’s 100m final with calf cramps, she later admitted it was “girls’ stuff” that had caused the issue and called for more research to be done on the menstrual cycle and its impact on performance.

“We see girls that have been consistent have a random dip. Behind the scenes they are really struggling, while everyone is thinking, ‘What’s that? That’s random’. We just need more funding,” she said. “I feel like if it was a men’s issue there would be a million different ways to combat things. But with women there just needs to be more funding in that area.”

In a column for BBC Sport, Eilish McColgan praised Asher-Smith for raising awareness of the issue and detailed how the menstrual cycle impacts her own running. “Some months, it’s manageable. Other months, it’s unbearable,” McColgan wrote. “There’s no telling which Eilish you’re going to get on the day. To try and run, or at least perform to the best of my ability, is an almost impossible task.”

Cue a social media storm in which a wave of female athletes of all levels and abilities agreed that little is being done to help them understand and overcome the inconsistencies in performance presented by the menstrual cycle.

But this period drama has an enduring and complex plot. Kirsty Elliot-Sale, a professor of female endocrinology and exercise physiology at Manchester Metropolitan University, has been researching the effects of athletes’ menstrual cycles for two decades and agrees that the subject is “under-studied” but argues that there is research being carried out.

“Academically, it is an area that is much more nuanced than is currently being portrayed on social media,” Elliot-Sale says. “It is true that because of the complicated interplay of endocrinology, physiology and hormonal health, there is a mixed bag of scientific evidence with not all of it using the best methodology, but there is some strong science – and we are constantly striving to produce more of it.”