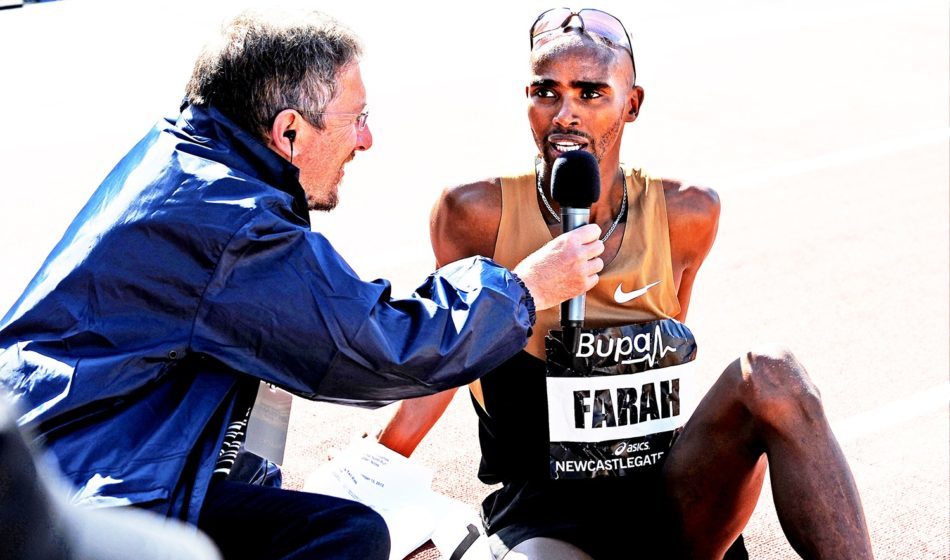 Coach and stadium commentator on Super Saturday, his advice for young athletes and why his son Jake hasn’t yet reached his peak

What do you think of the current domestic grassroots scene and are there any lessons from the past that could benefit today’s athletes?

The comparisons are very, very difficult to make because when we were running in the 1970s and 1980s, there weren’t the same distractions as now. Football was another [big] sport back then and level with athletics at times before the explosion of the Premier League and Sky Sports.

There weren’t fast food joints, entertainment complexes, mobile phones or the internet, so when you did a hobby you could do it as much as you wanted and it didn’t appear geeky or unusual. It didn’t drag you away from other things.

We’ll not be able to rewind to that or those set of circumstances but I think we have to try and recognise that competition or training formats – or anything that seeks to engage young people – has to be quicker. It has to be something they can dip in and out of instead of absorbing completely, like we did when we got into running back in the 1970s.

If you could paint a picture of what it was like to commentate on Jake’s final lap in Oregon, how would you describe it?

Well, going into the last lap it was normal. It was like almost every 1500m is. It was fairly quick and there were eight or nine still in contention. Jakob Ingebrigtsen had just hit the front and the most normal scenario was that he’d push on and go away but Jake’s race plan was to stick with him and cover the breaks. I could tell from Jake’s body language that he was okay and his positioning was good.

He [Jake] did force his way around the bend before it really started. That was pretty exciting and my heart was racing a bit, although you couldn’t detect that from the commentary.

Coming into the straight, although the two of them were getting away, Josh Kerr and Tim Cheruiyot weren’t too far behind and a lot of my concentration was really just on identification. I was also vaguely aware that Mo Farah’s British 1500m record [3:28.81] could go so I was just keeping an eye on the clock as well.

It was exciting. I talked through with Jake that he was in the form to win it and how that might happen. The best chance you have against Jakob is in the last 150m but you’ve got to be with him and very few people can do that. Even though you visualise it lots of times, you’re thinking:…