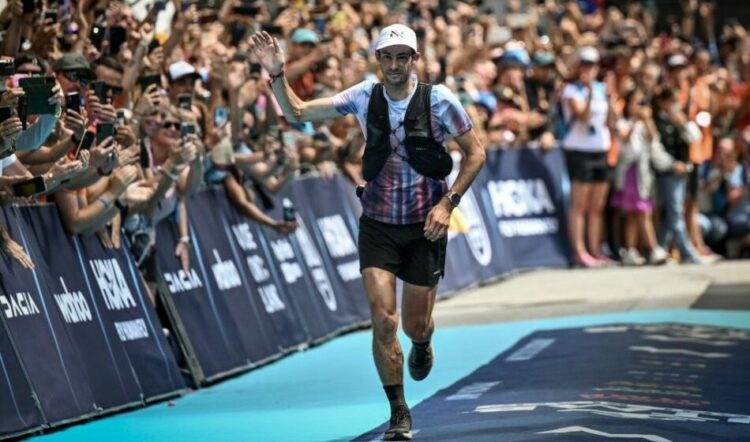 Kilian Jornet’s record-breaking UTMB performance this year reminded us he is the greatest trail runner in the world, but what makes him so dominant?

Think of trail running and there is one name that instantly springs to mind. Arguably no one else has dominated a form of running or athletics for as long as Kilian Jornet.

Since winning the first of his four Ultra-Trail du Mont-Blanc (UTMB) titles in 2008, the Catalan has maintained his status as the world’s best on the trails. Whether it’s a vertical kilometre that is over in half an hour or an ultra distance endurance test in excess of 100km, he often seems head and shoulders above the rest.

He has won the SkyRunner world series five times and the Hardrock 100 five times — one of them with his arm in a sling due to a mid-race fall. He has also won the Western States Endurance Run, the USA’s equivalent of the UTMB in terms of status. According to the International Trail Running Association’s database, he has lost only one of his last 14 trail races and four since 2015.

After fifth place in the Sierre-Zinal race in August, it might have seemed as if the 34-year-old’s best years were behind him. However, his record-equalling fourth win this summer in the UTMB, the unofficial world championships of trail running, destroyed that notion. His time of 19 hours 49 minutes 30 seconds was a record for the race, the first time the 170km route had been covered in less than 20 hours.

So what makes him the best trail runner there has ever been, placing him so far out in front of his peers? Is it one thing or a combination of factors? Nurture or nature? The mental or the physical? It is more than likely a culmination of many aspects that combine to create a trail running superman.

At home in the mountains

The son of a mountain guide, Jornet was raised in the Spanish Pyrenees and lived in a mountain hut at 2000m altitude. He would walk for six or seven hours by the time he was 18 months old and climbed a 3000m mountain aged three.

As well as the cardiovascular advantages bestowed by growing up at altitude, his relationship with mountains has also been crucial to his success. He spent much of his life living in the Alps, where he was able to run at 4000m of altitude from his door. When he’s not running in the mountains, he is a record-breaking speed climber and champion ski-mountaineer. The mountains are in his DNA and he is at one with them – a “360° mountain athlete” as he…