Ethan Hussey looks back on a vintage season 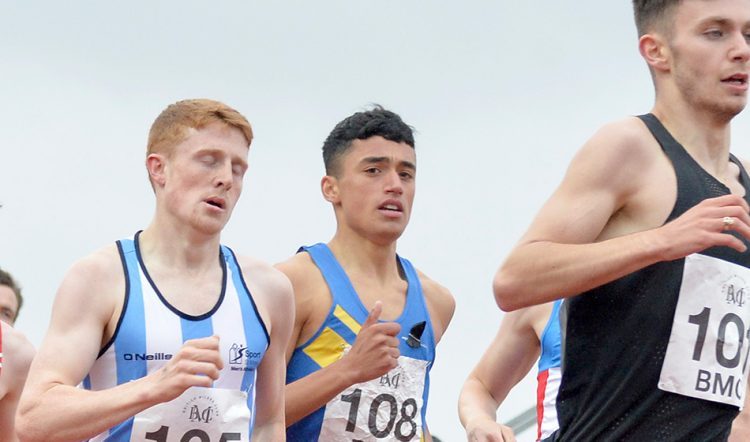 It’s been quite a year for Ethan Hussey. At the World Under-20 Championships in Colombia, the 19-year-old took bronze in the 800m and came sixth in the 1500m. He also achieved PBs in both events (1:46.61 and 3:39.60) and is now looking to run even faster. To top it off he has been voted AW junior British male athlete of the year.

How good does it feel to have won this award?

It’s an amazing way to top off the great season I’ve had. I’ve been reading AW since I was U11 and now I’m turning 20 so I could never have hoped it would be me winning an AW award. It makes it so special.

The bronze in the 800m at the World U20s. I’d already clocked sixth in the 1500m then to back it up with a medal at the end of the meet closed it off so well. It was nice to have something physical that showed all the hard work. But, also, this award completes a clean sweep for me winning every award I could so that’s a pretty good feeling, too!

It’s about building on the year and keeping my head down and train consistently throughout the winter. Slow progression is always important as we slowly get older and this is the idea heading into the under-23s this year.

I’ll be giving the European Under-23 Championships a bash and hopefully grab a medal there and then see what happens if I can perform in the seniors after that. Seniors isn’t the focus but would be an added bonus. If I can get close to a [World Championships] qualifying time I’ll be really pleased. It’s competitive within the British team so to throw my name in that hat will be a tough, but exciting job.

Is there anything you would change about this year?

Run faster! I don’t think I’ve hit full potential yet so that is exciting. I’m a glass half-full guy so I’m pretty happy when I look at this year but I know I can go faster.

This award isn’t just for me. Okay, I crossed the line but it’s an award for my team, my family, my friends, my coach, and everyone who has been with me along the way. Okay, you can say ‘Ethan Hussey won this award’ but I like to say: “Ethan Hussey’s team won this award.” I just turn up to training and do as I’m told!

I came out of the track season fairly satisfied so…