Katharine Merry: what a difference a year makes 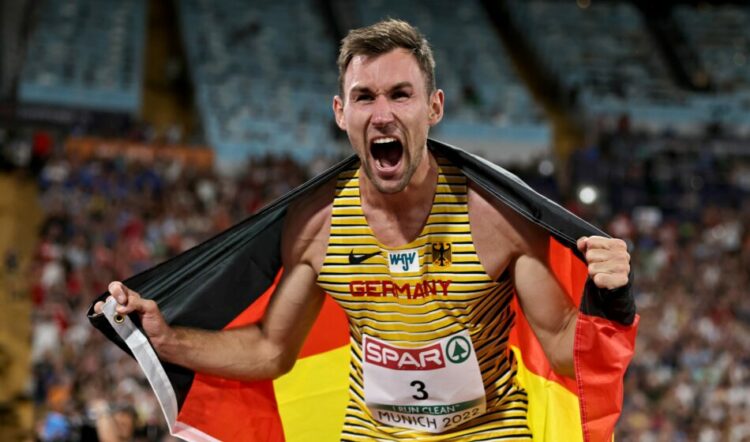 It was a relentless, strength-sapping endurance test, but an action-packed 2022 was precisely what athletics needed, says Katharine Merry

What’s the first thing I think of when I look back on 2022? Outside of being incredibly busy in my professional life, the memories of some truly outstanding athletics moments – the kind that made me think “wow, this is a great sport” – come flooding back.

There was Jake Wightman’s unforgettable world title win and witnessing Eilish McColgan being roared to Commonwealth 10,000m victory in Birmingham, but also moments like Germany’s Niklas Kaul coming from behind to win the European decathlon title in Munich. At one point he was orchestrating the whole of that crowd in the Olympic stadium and it was so uplifting to see.

For every major championships this year I can think of at least two or three moments which made me feel privileged to have been able to see these back-to-back sporting feasts.

And, oh, how the sport needed a year like this. For one reason or another, athletics has taken a battering over the last few years and understandably there has been a substantial amount of negativity around.

It has not been all sunshine and roses this summer, either, but it has been made abundantly clear that there is so much to be positive about in track and field. Were those Russian athletes really missed, for example?

The sport is undoubtedly in a better place at the moment, both internationally and in British terms. This past 12 months has seen extraordinary changes at our governing body. It feels simultaneously like five minutes and also years ago that I was interviewing the former UK Athletics chief executive Jo Coates about her plans for the sport and how she was going to shake things up.

She certainly did that but perhaps not in the way many had hoped and, of course, there has been huge upheaval since then. The dramatic way in which things have changed has felt like a bit of a soap opera.

What a difference a year makes. There is clearly a feeling of far greater stability at the top, with Ian Beattie and Mark Munro working through the transition before the arrival of Jack Buckner as chief executive during the summer. I know British Swimming were very sorry to lose him and you can appreciate why – in the short time he’s been in charge there has already been a huge amount of work done behind the scenes, which marries nicely with the excellent performances from British athletes…