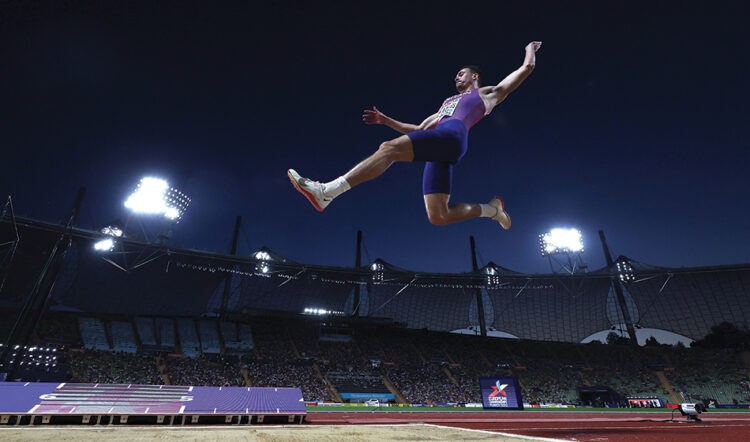 From Eilish McColgan being trolled to Andrew Osagie’s London 2012 memories, here are the articles that got the most clicks on our website during the past 12 months

During 2022 athletics fans from all over the world clicked into the articles on our website. From Australia to Azerbaijan, Malaysia to Mozambique, Zambia to Zimbabwe, you viewed our news stories, interviews, blogs, previews, events coverage and training articles.

But which were the most popular articles according to views? Here is the top 12…

1 Eilish McColgan – I will get trolled but I don’t care, as I’m here to run

In an exclusive interview with AW, McColgan bit back at the critics on social media, saying: “Mo Farah weighs less than me as a grown man but nobody says anything about that because it’s a man and often men are just celebrated for their achievements. For women, it’s about the way we look or my form is seen as being horrific or I need to get that checked and I need to get this fixed and look like this.

“It’s always to do with appearance rather than going ‘Congratulations. That was a great run’. I’m not the only woman that has to deal with that. I think that that’s just pretty much females in sport. It’s always deemed to be about what we look like, rather than what we’re actually doing.”

The British athlete appeared to have leapt 8.06m at the European Championships with his opening effort – a distance which was the same as Swede Thobias Montler and Frenchman Jules Pommery – but was awarded second spot on countback. He even went through his lap of honour, draped in the Union flag, only to be told of a French protest due to his foot being marginally over the line – and that his best jump had been ruled a foul and that he had been moved down to fifth.

As part of our ‘Ask the Athlete’ series, you got the opportunity to ask questions to the former world and Commonwealth sprint champion who is still a close observer of athletics as a broadcaster.

Not only did this end-of-year news story garner a huge number of clicks but it generated lots of debate on social media with people criticising the use of the phrase ‘world record’ in the headline and others being more relaxed and simply applauding the athlete’s superb 15:31…