Brave Predictions for Athletics in 2023: Retirement for Shelly-Ann Fraser Pryce, Erriyon Knighton to come unstuck at the World Championships and Salwa Eid Naser to return with a bang 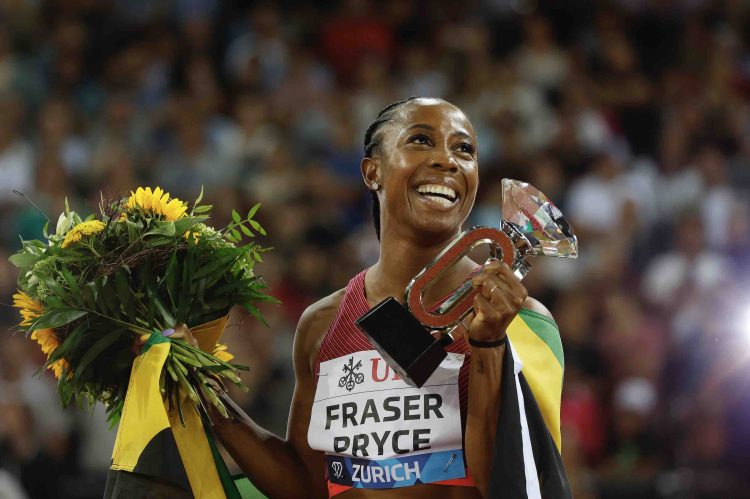 Well, Deji Ogeyingbo sure knows how to stir it up! These are his Brave Predictions for 2023! Read them, and tell us what you think!

Brave Predictions for Athletics in 2023: Retirement for Shelly-Ann Fraser Pryce, Erriyon Knighton to come unstuck at the World Championships, and Salwa Eid Naser to return with a bang

With the 2023 season starting soon in track and field, there is so much to look forward to. From the Cross-Country Championships in Australia, World Championships in Budapest, and the Diamond League, there are so many predictions to make for the year ahead, including one of the greats of our sports retiring, the most precocious sprinter in the last two years not making a mark and the return of a world champion.

Surely, making predictions isn’t so easy, but we’ve taken the bull by the horn to come up with these stories that could potentially make headlines this year.

Allyson Felix called it quits in 2022. Who would be next in 2023? Smart money is on Jamaican sprint-queen Shelly-Ann Fraser-Pryce. The 36-year-old had arguably her best year in 2022 when she won her fifth title over the 100m.

More important was her impeccable feat of clocking 10.62s during the Monaco Diamond League meet, the fifth fastest time in history. She also owns the third fastest time in history from the Tokyo Olympic Games in 2021, clocking a 10.60 performance. Only Florence Griffith-Joyner and Elaine Thompson-Herah have run faster at 10.49 and 10.54, respectively.

Also, seven of the performances run during 2022 are in the top 15 all-time by Fraser-Pryce. Eleven of the top-20 performances were run by the Jamaican, all-time. This is what we have been serenaded by this “Pocket-Rocket.” But time is not friendly to anyone. The body ages, it doesn’t recover from injury quicker, and younger sprinters are popping up at an astronomical level. Fifteen years at the top level is incredible, and at the end of the year, she would be 37.

Since switching to the road in 2017, the Ethiopian great has had a topsy-turvy…