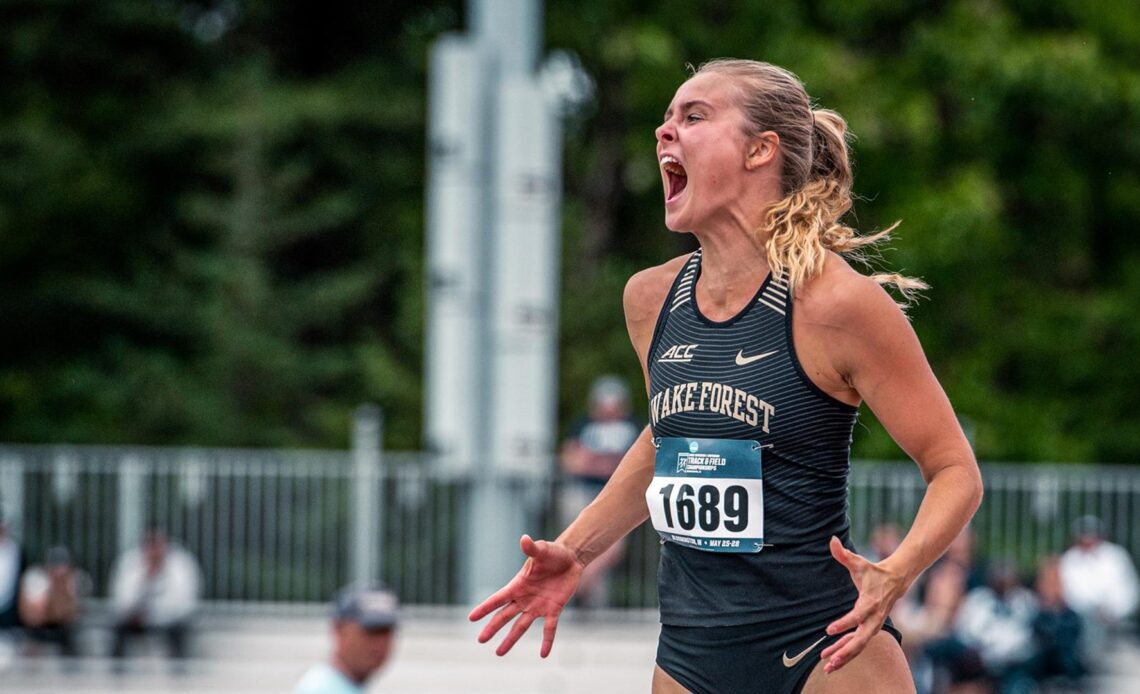 In preparation for the 2023 campaign, Wake Forest competed in two indoor meets during the month of December as several members of the men’s and women’s teams traveled to Boston, Mass., for the Sharon Colyear-Danville Season Opener, while others remained in Winston-Salem to compete in the Winston-Salem College Kickoff.

2023 Slate (Indoor)
Wake Forest will officially begin the 2023 indoor slate on Jan. 13 as various student-athletes will compete in the Dick Taylor Challenge in Chapel Hill with others traveling to Blacksburg, Va., for the Virginia Tech Invitational. One week later, on Jan. 20, Wake Forest will return to Blacksburg to compete in the Hokie Invitational.

The following weekend, the Demon Deacons will split once again as Wake Forest will be represented at the John Thomas Terrier Classic in Boston and the Bob Pollock Invitational in Clemson, S.C. Seven days later, the Deacs will return to Winston-Salem to compete in the Camel City Invitational.

Coming down the stretch of the indoor season, Feb. 10 will mark a pivotal date for the Demon Deacons as student-athletes will be competing in four different meets in hopes of reaching qualifying marks for the postseason. The Deacs will be represented at the Husky Classic in Seattle, Wash., the Music City Challenge in Nashville, Tenn., the Darius Dixon Invitational in Lynchburg, Va. and the David Hemery Valentine Invitational in Boston.


In the final regular season meet of the indoor portion of the 2023 slate, Wake Forest will return to Winston-Salem for the JDL DMR Invitational, before heading to Louisville, Ky., for the ACC Indoor Track & Field Championships from Feb. 23-25. The NCAA Indoor Track & Field Championships on March 10-11 in Albuquerque, N.M., will mark the conclusion of the 2023 indoor season.

2023 Slate (Outdoor)
The outdoor segment of the 2023 slate will commence on March 16 as the Demon Deacons will travel to Charlotte for the 49er Classic, before making a trip to Raleigh for the Raleigh Relays on March 23. A week later, several Demon Deacons will head to Austin, Texas for the Texas…