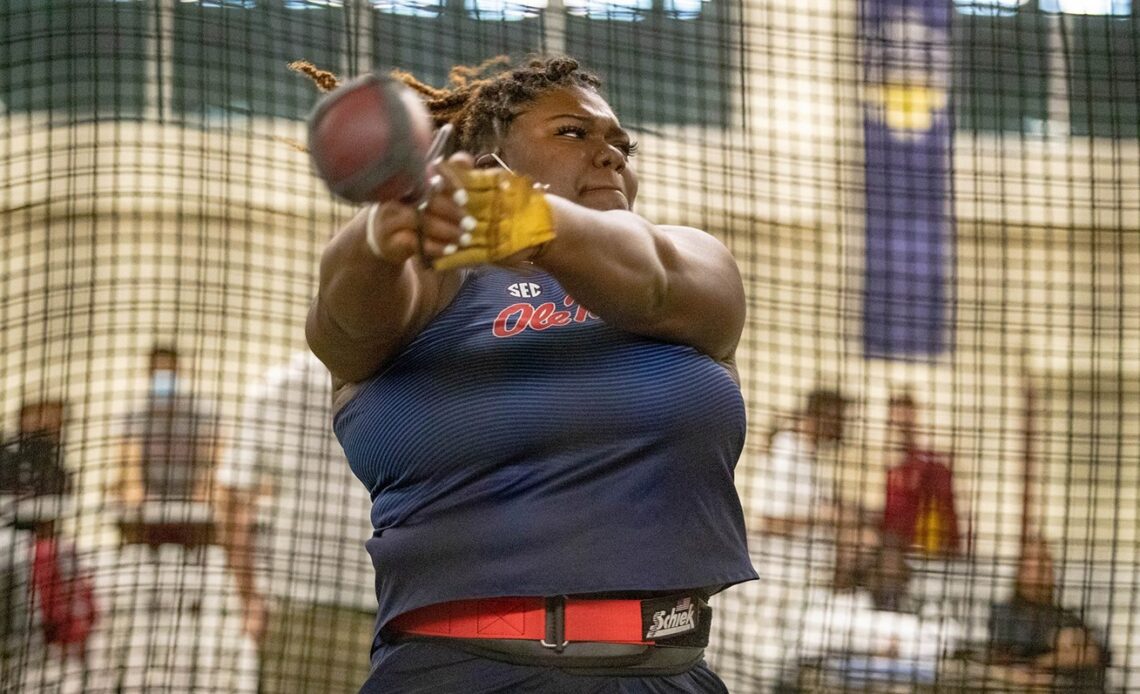 
OXFORD, Miss. – Ole Miss men’s and women’s track & field has finalized its schedule for the upcoming 2023 indoor and outdoor seasons. The Rebels will open its 2023 slate next Friday at Vanderbilt, beginning a seven-meet indoor campaign that ends in March and will roll into an 11-meet schedule outdoors that concludes in June prior to the national and global competition circuits over the summer.

Ole Miss looks to build on the success of a historic 2022 that saw three Rebels come away with NCAA Championship titles and ended with the Ole Miss women finishing a program record fifth in the final USTFCCCA Program of the Year standings. The Rebels lost NCAA Champions Mario Garcia Romo (indoor mile) and Sintayehu Vissa (outdoor 1500-meter) to the professional ranks, but return indoor NCAA weight throw champion Shey Taiwo for her final outdoor season.

In total, Ole Miss returns 12 who earned First or Second-Team status as an All-American in 2022 – highlighted by reigning NCAA weight throw runner-up Jasmine Mitchell, who begins 2023 ranked third in NCAA history and fifth in world history at her second-place NCAA toss of 24.94m/81-10 last season.

The Rebels also welcome in a powerful class of newcomers. Among numerous highly-touted additions are World U20 shot put champion Tarik Robinson-O’Hagan, and middle-distance specialist Cade Flatt – who won Gatorade National Athlete of the Year for boys track in 2021-22 after clocking the second-fastest 800-meter time in U.S. high school history at 1:46.48.

Following a week off at the beginning of February, Ole Miss will split squad at Vanderbilt’s Music City Challenge and Arkansas’ Tyson Invitational – both set for Feb. 10-11 – to conclude the indoor regular season. The Rebels will then return to Arkansas for the 2023 SEC Indoor Championships on Feb. 24-25 before the 2023 NCAA Indoor Championships – held this year in Albuquerque, New Mexico on March 10-11.

The Rebels will roll right into outdoor season the…