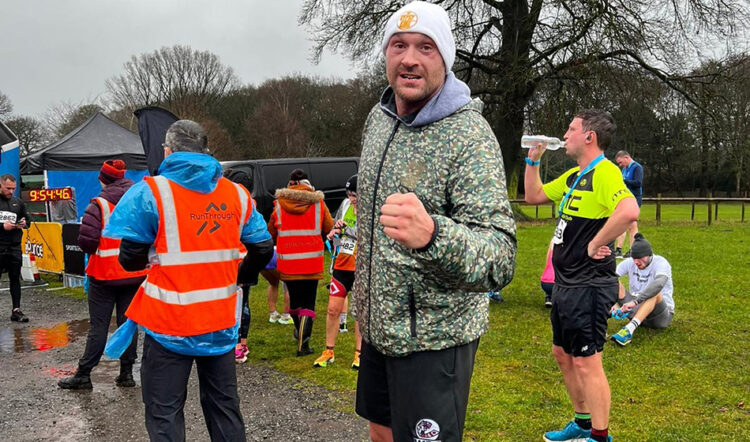 The race was won by Jason Bennett of Birchfield Harriers with Tommy – who was cheered on by girlfriend Molly-Mae Hague – finishing in 51:30, as Tyson clocked 52:17.

Tommy is a light-heavyweight who is poised for a high-profile fight against YouTuber-turned-boxer Jake Paul this year, whereas he is also well known for finishing runner-up with Molly-Mae in Love Island in 2019.

The older and bigger Tyson, of course, defended his WBC heavyweight boxing title in London last month when he beat Derek Chisora.

Tyson is 6ft 9in tall and weighs around 19-stone, but endurance runs have always been part of his training programme and he is known to often launch into a sprint at the end of long runs, usually gives his lighter training partners a run for their money in the process.

RunThrough, the organisers of the Tatton 10km, said: “If you’re training to fight for the heavyweight title of the world in boxing or working through your own inner fight, there is no better thing than getting out for a run. Well done Tyson, Tommy and everyone else racing this weekend all around the UK.”