Alekna, Rogers Each Ranked No. 2 Worldwide 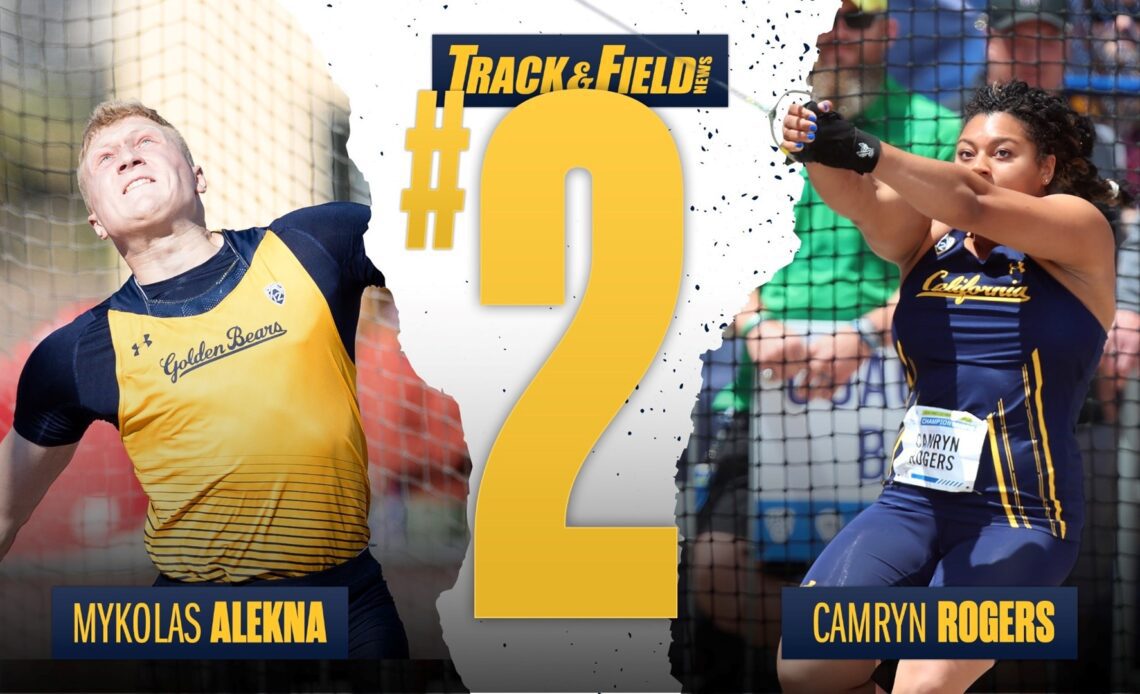 BERKELEY – The 2023 California track & field season rapidly approaches, but the recognition continues rolling in for multiple athletes on the 2022 squad.

Senior Camryn Rogers and sophomore Mykolas Alekna set yet another Cal milestone this weekend as each was named No. 2 in the world in their respective events by Track & Field News. No Cal athlete has ever been ranked so highly while still in school, much less two in the same year.

Rogers’ final collegiate hammer throw campaign included a third straight NCAA crown, new collegiate record, five meet records and three facility records. She now owns the 11 farthest throws in collegiate history, and the 9th-farthest throw on the all-time world list. Following the NCAA season, Rogers won a Canadian title, a silver medal at the IAAF World Championships and a gold medal at the Commonwealth Games. She recently attended The Bowerman Presentation Ceremony as Cal’s first-ever finalist and will compete in one last indoor season in 2023.

Alekna, who made his debut on the collegiate landscape just last March, quickly rocketed his way up the discus record books with a new collegiate record (and 6 of the top 10 throws in collegiate history), as well as the first Bowerman semifinalist campaign by a Cal man. Following a second-place finish at the NCAA Outdoor Championships, he won the Lithuanian Championships discus title, World silver medal (the youngest-ever discus thrower to do so) and European Championships title. He was subsequently named European Athletics’ Men’s Rising Star of 2022.

Rogers and Alekna were not the only Bears named. Senior Iffy Joyner, who finished fourth at last year’s NCAA Outdoor Championships and took seventh at the USA Track & Field (USATF) Championships, also received recognition from Track & Field News, landing at No. 8 in their U.S. men’s discus rankings. He currently owns the fourth-best throw in program history.

Cal track & field will commence its 2023 season in just under three weeks, beginning with the New Mexico Team Open on Jan. 27-28.