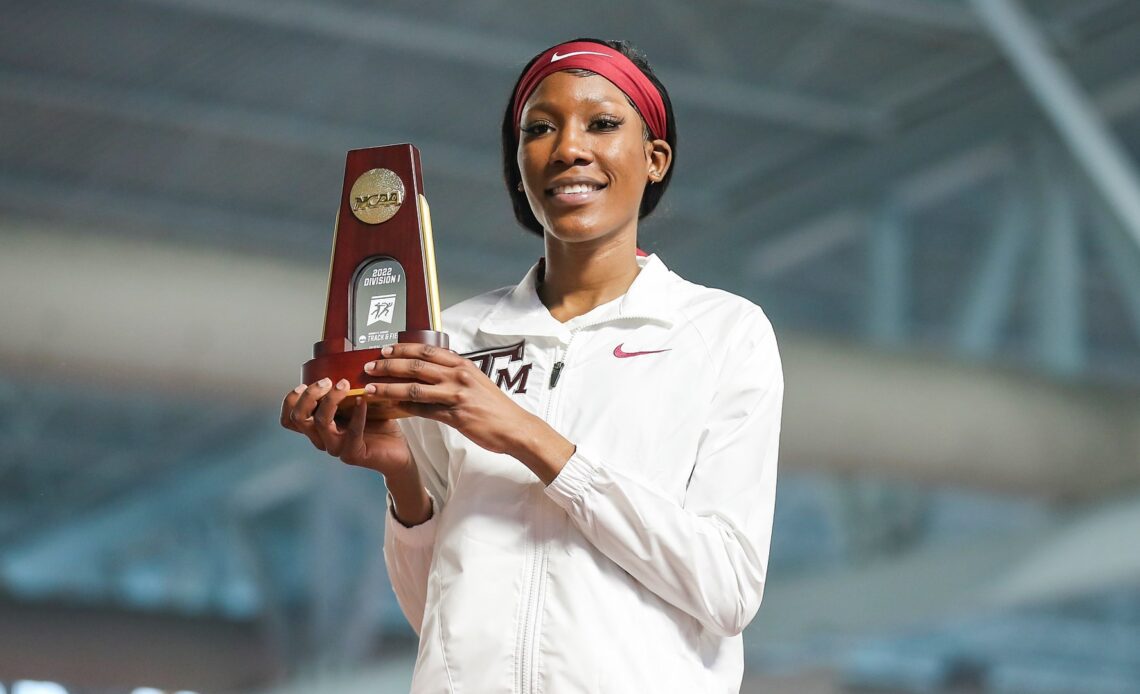 In 2022, Distin swept the Southeastern Conference and NCAA Indoor and Outdoor high jump titles, while winning 13 of the 15 high jump competitions she competed in. At the Alumni Muster meet, she became the fourth-best collegian in history with her clearance of 6-5.5 (1.97m). The performance earned her the school outdoor record, as well as the Jamaican national record.


This is Distin’s first appearance on The Bowerman Watch List. She is the 15th in Texas A&M women’s program history to be named to the watch list. A&M only trails Oregon (17) on the all-time list of athletes to reach the watch list.


The Bowerman is given annually by the USTFCCCA to the top male and female collegiate track & field athlete. The watch list will be updated seven times throughout the indoor and outdoor seasons prior to the semifinalists being announced on June 19 and the finalists on June 26.