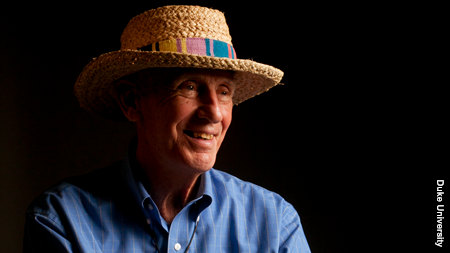 
DURHAM – Al Buehler, former head coach of the Duke track and field program and a member of the school’s Athletics Hall of Fame, passed away peacefully last Thursday at the age of 92.

Following a stellar undergraduate track career at the University of Maryland, Buehler joined the Blue Devils in 1955 as head cross country coach. He was promoted from assistant to head coach of the track and field team in 1964, serving in this role up until his retirement in 2000 following the NCAA Track and Field Championships in Durham.

Across his 45-year tenure at Duke, which included serving as faculty chair of the department of physical education, Buehler coached 10 All-Americans, seven Penn Relay champions, six ACC championship cross country teams and five Olympians, including Bob Wheeler, Dave Sime, who won a silver medal in Rome in 1960, and Joel Shankle, who won a bronze medal in Melbourne in 1956.

Buehler rose to prominence in the 1970s as a track meet organizer and official. He was elected president of the NCAA Track and Field Coaches Association in 1970, after previously serving as vice president. That same year, he directed the first annual U.S. Olympic summer training camp at Wallace Wade Stadium.