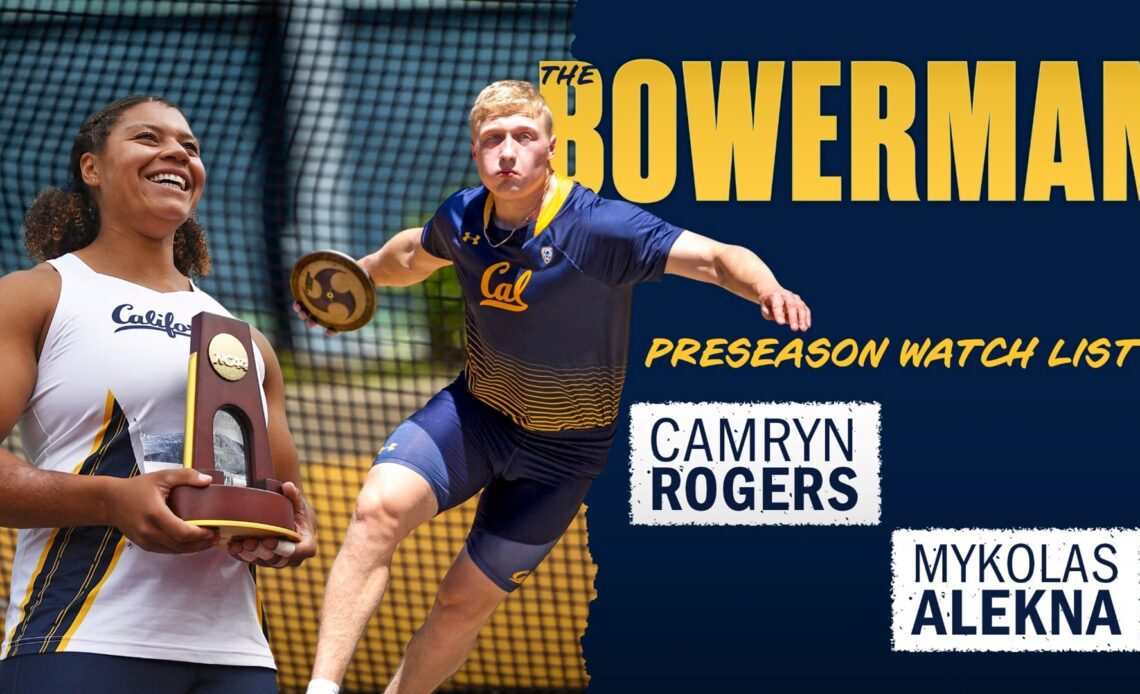 Both Ranked Among Best In The World In Respective Events

BERKELEY – Three weeks after Camryn Rogers’ appearance as a finalist at the presentation ceremony for The Bowerman, collegiate track & field’s highest honor once again named two Golden Bears as potential recipients for the 2023 award – the first time that two Cal athletes have made the Preseason Watch List.

Rogers a 23-year-old senior who has only an indoor season of eligibility remaining, has made the Watch List 11 times, good for the lead among all active collegiate women. She is Cal’s first-ever finalist and semifinalist, the latter of which she has achieved twice.

Her personal best of 77.67m (254-10), set at the NCAA Outdoor Championships, currently stands as the ninth-farthest throw of all time and is the current NCAA record. She later became the reigning Canadian Champion, World Silver Medalist (and first Canadian to win a women’s field event medal) and Commonwealth Games Champion, setting a new Games record at the last. Rogers is ranked at No. 2 worldwide by Track & Field News and No. 3 by World Athletics.

Alekna’s personal best currently stands at 69.81m (229-0), a mark which was set at the BAUHAUS-Galan Diamond League meet on June 30. He is currently ranked No. 2 in the world (World Athletics, Track & Field News) at just 20 years of age.

Other accomplishments from Rogers’ 2022 campaign: