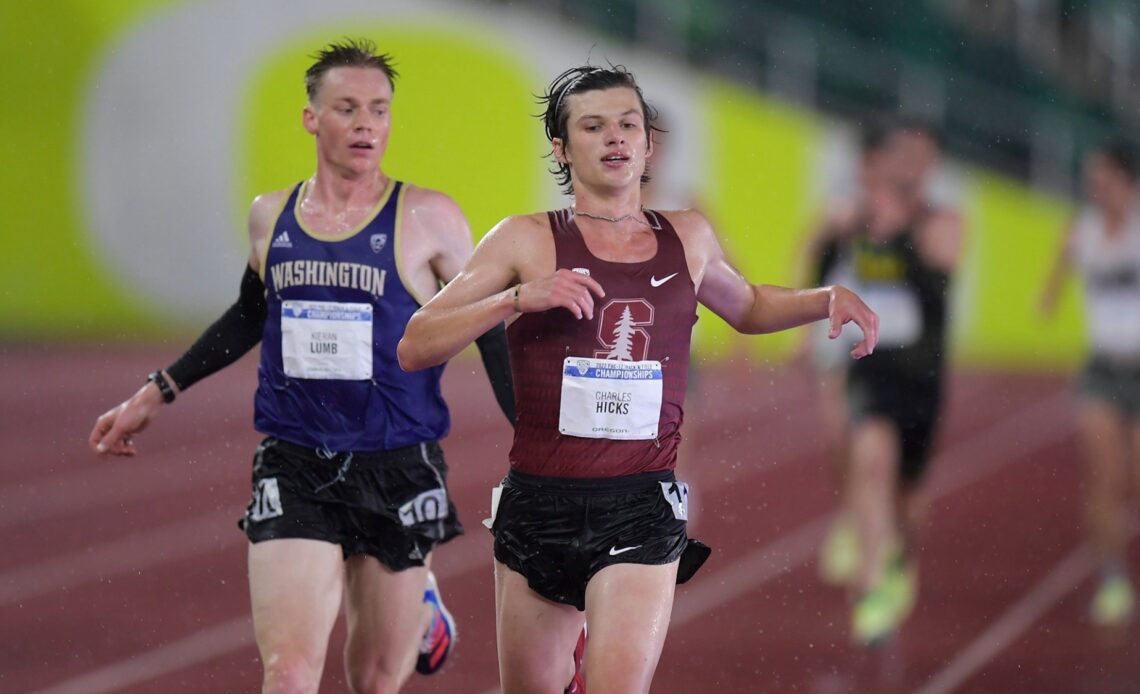 Hicks, a cognitive science major who is a junior in eligibility and senior academically, is among 10 on the preseason list, which will be updated seven times through the NCAA Outdoor Championships June 7-10. The semifinalists will be named June 20 and the finalists on June 27. The next update will be February 2.

This is the first time Hicks has appeared on The Bowerman watch list. He is a seven-time All-American and on November 19 became the first male or female from Stanford to win an NCAA individual cross country title.

On the track, he is a two-time Pac-12 10,000-meter champion and has a best NCAA finish of third, in the 3,000 at the 2022 indoor meet. Hicks also is a two-time European under-23 cross country champion, representing Great Britain.

Stanford athletes were most recently on Bowerman watch lists in 2019, with Grant Fisher and Mackenzie Little. The most recent and only Stanford finalist was 2013 when collegiate 400 hurdles record-holder Kori Carter was among the final three women.

Hicks is scheduled to open his track season on Saturday at the UW Indoor Preview in Seattle. Hicks is entered in the mile.