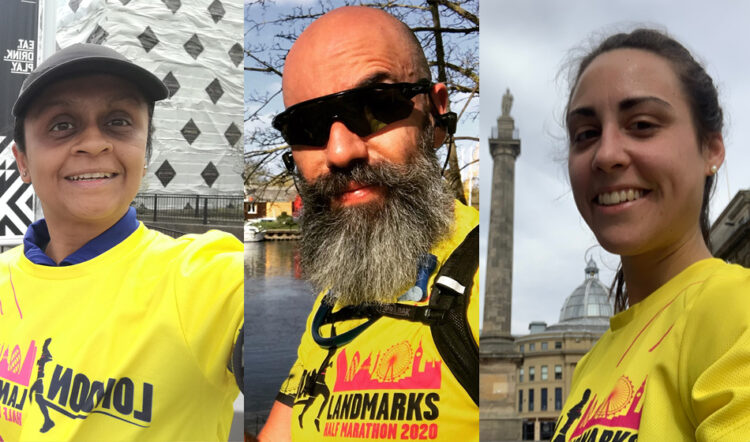 Map and run a route in your area to show off its attractive, interesting or historic sites

Get ready to discover ‘The Grand. The Quirky. The Hidden’ sites around your hometown as the Local Landmarks 10km returns on February 19.

Perhaps it’s a famous film set location or an impressive street art that people flock to see? Whether it’s the beautiful church, ancient historical ruin or a statue commemorating a local hero, wherever you live, we all have local landmarks that make our village, town or city the place we call home.

Simply map and run a 10km route around your local area and all its ‘Grand, Quirky and Hidden’ landmarks and gems. All registered runners who complete the challenge will receive an exclusive collectible medal, their very own golden telephone box. A historical landmark in its own right.

Three reasons to take part in the Local Landmarks 10km

» It’s the perfect motivation to kick start your running in 2023 – whether you walk, jog or run, exploring your local area will help you keep putting one foot in front of the other

» If you’re training for the London Landmarks Half Marathon in April, this 10km is perfect as part of your training programme. By February you should be able to breeze 10km ahead of the 13.1 miles (that’s 21km) in April.

The Local Landmarks 10km is open to everyone of all ages and abilities from across the globe. Registration is £17.50 with all profits donated to Tommy’s, the UK’s largest pregnancy and baby loss charity, to fund their pioneering research.

Race director Lia Fyles said: “Not everyone can take part in the London Landmarks Half Marathon. The distance can be daunting for some, especially if they are new to running or perhaps building up their fitness. The Local Landmarks embodies the same fun, inclusive spirit of the LLHM.