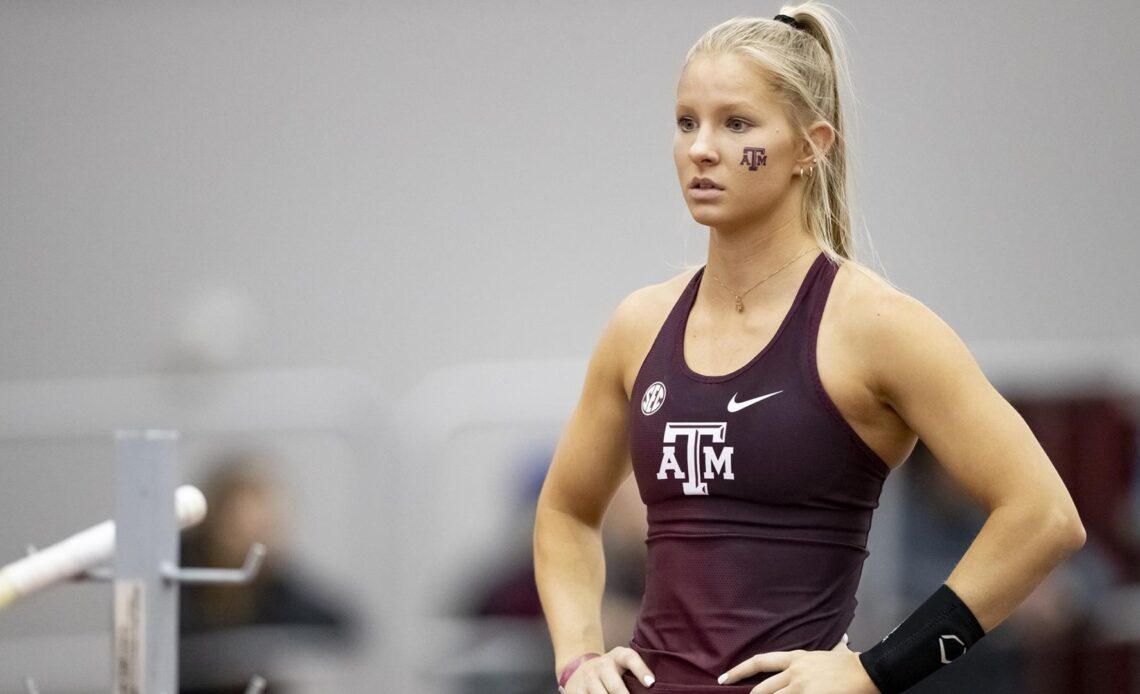 FAYETTEVILLE, Ark. – The Texas A&M men’s and women’s track & field teams open the 2023 season at the Arkansas Invitational inside the Randal Tyson Track Center on Friday.

The field events begin at 11 a.m., while the running events start at 1 p.m. There will be a live stream on SEC Network + starting at 1 p.m. Live results will be updated by Flash Results.

The Aggies enter 58 athletes, including five that earned All-America honors in 2022.

On the men’s side, Omajuwa Etiwe and Ashton Schwartzman, one-half of the Aggies’ fifth place 4×400 meter relay at the 2022 NCAA Championships, are entered to run the 4x400m relay at 8:05 p.m. Joining them on the relay is James Smith II, who earned All-America status with an eighth-place finish in the 400m.

Auhmad Robinson makes his Aggie debut after transferring from SFA, where he anchored the 4x400m relay team to a silver medal at the NCAA Championship in 2021. His split of 43.45 is the second fastest split in meet history, while his open 400m time of 45.61 ranks him among the best in the nation. Robinson is entered to run the 4x400m relay at 8:05 p.m.

Texas A&M Quotes
Head Coach Pat Henry
On The Meaning of This Meet…
“This is our first opportunity to get on the track after fall training and see where we are. I expect us to do some good things, but I’m expecting us to learn a lot this weekend. That’s what this is all about.”