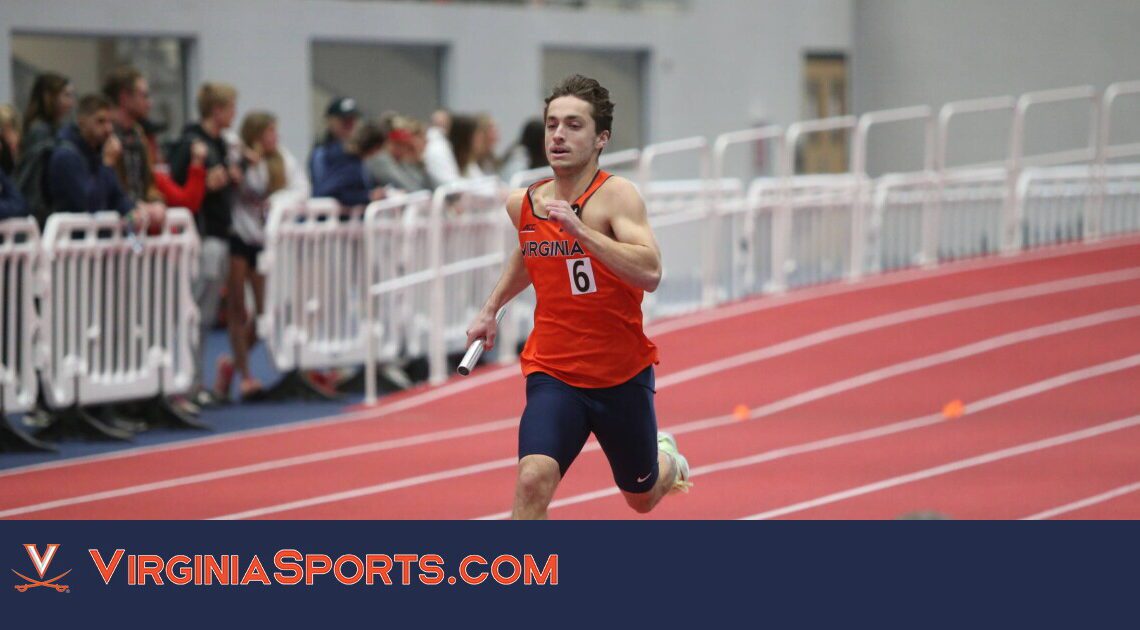 CHARLOTTESVILLE, Va. – The Virginia men’s and women’s track and field teams are set to return to indoor action as the teams travel to Rector Field House in Blacksburg, Va. to compete at the Virginia Tech Invitational. Events will begin Friday (Jan. 13) from 5 p.m. through 8:35 p.m. The competition will resume Saturday from 11 a.m. through 3:30 p.m.

How to Follow
The meet will not be streamed, but fans can follow the action through a live results link posted to VirginiaSports.com. Live updates will also be posted to the team’s official Twitter account (@UVAtfcc).

Hoos in the Rankings
The initial USTFCCCA Track and Field Ranking Index has yet to be released for the 2023 season. The first rankings of the new campaign are scheduled to be announced on Monday, January 23.

Last Time Out
The Virginia sprinters got their seasons off and running before the winter break as they competed at the Liberty Kickoff (Dec. 2) where a handful of new faces made their Virginia debuts. Among those new faces was Peter Djan who opened his Virginia career clocking 8.12 in the 60-meter hurdles, a time that was good for ninth-fastest in Virginia history.

Kayla Bonnick opened her season with a win in the 60-meter dash posting a time of 7.54 while the Cavaliers got their first look at a men’s 4×400 relay team consisting of Alex Sherman, Jaden Lyons, Jay Pendarvis and Tom Corel.

Track and Field Debuts
After some impressive debuts from the Virginia sprinters, more new faces will be on display at Rector Field House over the weekend, including the highly anticipated UVA track and field debuts of Gary Martin, Justin Rogers and Esther Seeland.

Martin is set to make his collegiate track and field debut following an incredible high school career out of Warminster, Pa. in which he recorded a pair of sub-four-minute mile times including the fourth-fastest high school time in U.S. history (3:57.89). Martin is coming off a cross country season in which he helped UVA qualify for the NCAA Championships.

Seeland is also scheduled to make her Virginia debut on the track after transferring from Division III Messiah a season ago. At Messiah, Seeland was a three-time NCAA Division III Champion and set the Division III indoor records in both the 800-meters and 600-meters. Seeland was an important contributor to the Virginia women’s cross country squad that finished ninth at the NCAA Championships in the fall.

Rogers will see his first action in a Virginia uniform over the weekend. A…