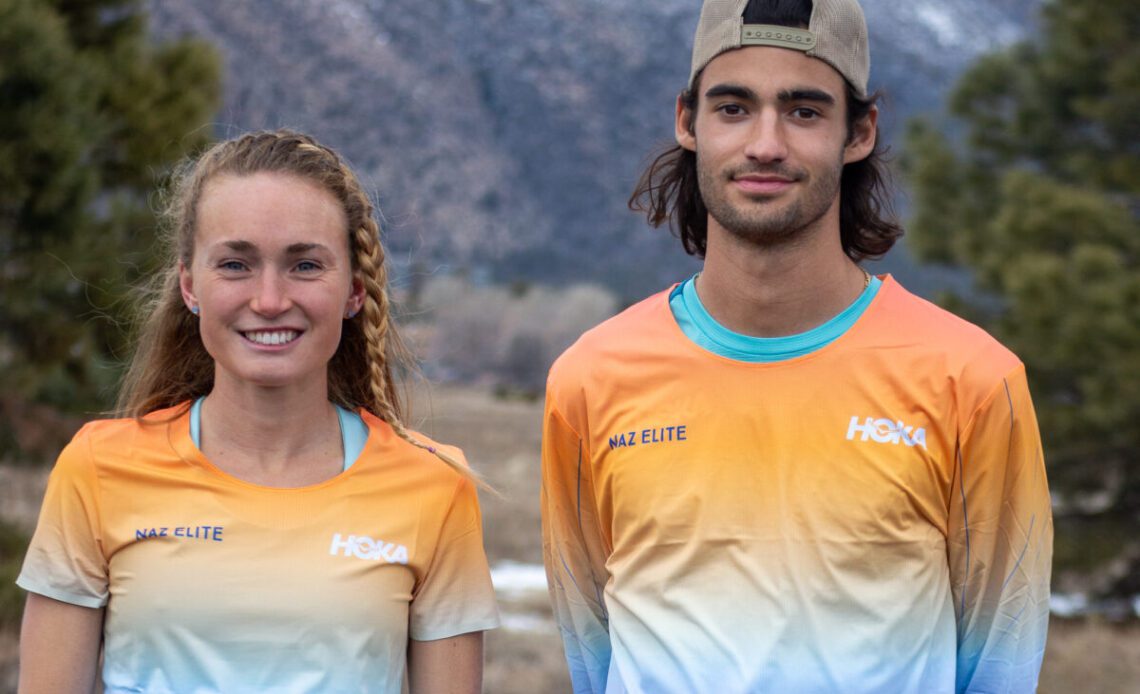 HOKA continues to show their support of our sport with the HOKA NAZ Elite club. Now with eighteen athletes, the club adds Cruz Culpepper, a 3;39 1,500m runner, and Paige Stoner, the new USA Marathon champion. Alan Culpepper is coaching the club, and with a wonderful mixture of athletes new and experienced, gives athletes at all stages of their careers a chance to excel and challenge their limits!

This writer remembers Cruz Culpepper taking the win a few years ago at the NB Indoor GP junior mile and Paige Stoner’s move from a fine-track athlete to success on the roads.

The message from this sponsorship? The brands that are crushing it in performance running, are supporting the grassroots. HOKA and On running are two of the fastest-growing brands in performance running. Like Brooks, they continue to support grassroots American running. First, one must have great shoes, secondly, one must support retailers with total focus, and thirdly, supporting the sport (races,

FLAGSTAFF, Ariz., January 11, 2023 – HOKA Northern Arizona Elite announced today that the team has added Cruz Culpepper and Paige Stoner to its roster. Culpepper is a miler with a personal best of 3:57.66 while Stoner is best known as a marathoner, having just won the USATF Championships last month in Sacramento.

Running fans may recognize the Culpepper name. Cruz is the son of NAZ Elite head coach, Alan Culpepper, and his wife, Shayne—both two-time Olympians. The younger Culpepper came tantalizingly close to breaking the four-minute barrier for the mile in high school when he ran 4:00.10 at an indoor meet in February of 2020. The pandemic prevented him from competing outdoors, but he went on to break the mark the very next year as a freshman at the University of Washington. In 2022, after transferring to the University of Mississippi, Culpepper finished third at the Southeastern Conference Indoor Championships in the mile and went on to qualify for the USATF Outdoor Championships in the 1500 meters. He decided to forego his remaining collegiate eligibility this fall and made the decision last month to join NAZ Elite.

Culpepper talked about what led him to make this move.

“For me to be moving in the direction I’m going, with the support of HOKA, along with my father as a coach, is a very exciting and relieving time in my life,” Culpepper said. “Having a brand like HOKA supporting my career and a great group of people and resources has completed the…