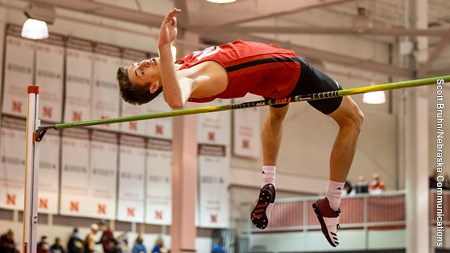 
The Nebraska track and field team begins a new era under interim head coach Justin St. Clair this weekend with the Graduate Classic at the Bob Devaney Sports Center Indoor Track. Competition gets underway on Friday at 4 p.m. and on Saturday at 11:30 a.m.

The Graduate Classic will be the Huskers’ first meet as a full team under interim head coach Justin St. Clair, who took over after legendary coach Gary Pepin retired in August after 42 years leading the Husker program. St. Clair came to Nebraska in 2021-22 as an associate head coach and coached 10 NCAA qualifiers, including a pair of NCAA medalists, in his debut season on the Husker coaching staff to earn his 10th USTFCCCA Midwest Region Assistant Coach of the Year honor since 2016.

Overall, the Huskers claimed eight first-team All-Americans and eight second-team All-Americans in 2022. The Huskers also crowned 12 Big Ten champions, and nine of the 12 are back to defend titles this year. Maddie Harris brought home the NCAA silver medal in the javelin last year, while Axelina Johansson was the NCAA bronze medalist in the outdoor shot put and was the Big Ten Women’s Outdoor Freshman of the Year.