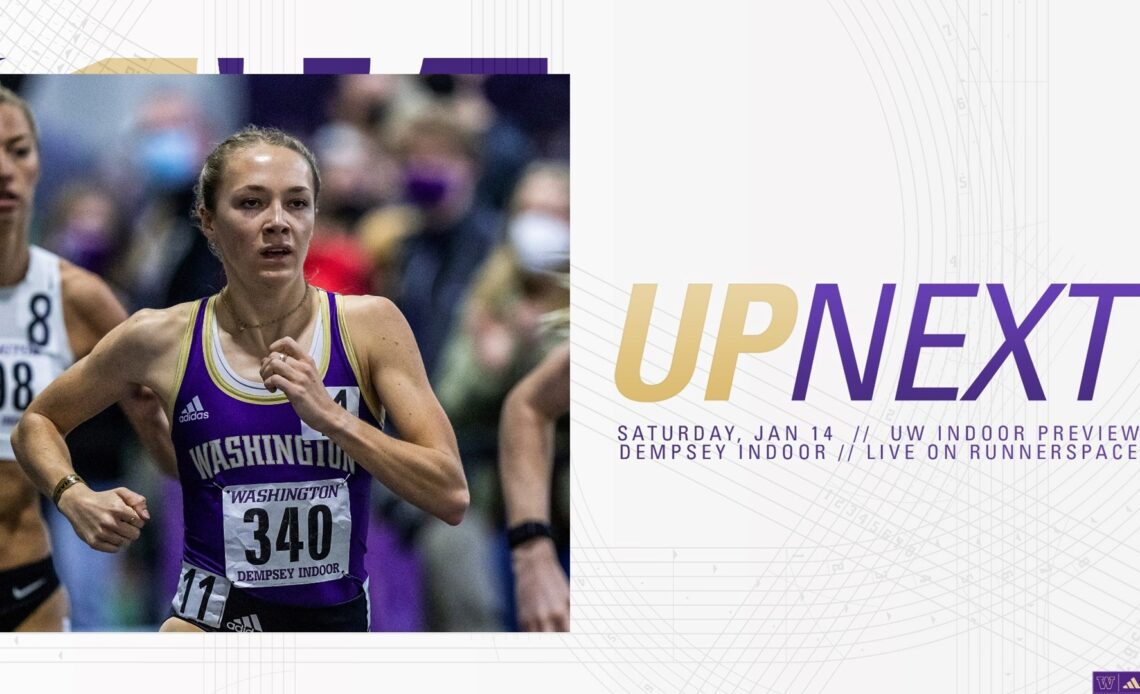 SEATTLE – Records will fall, Olympians will shine, and NCAA tickets will be punched in another Dempsey Indoor season, kicking off this Saturday with the UW Indoor Preview. Washington hosts its first of four big collegiate indoor meets starting at 8 a.m. and continuing through the day until approximately 4:30 p.m.

A few Huskies got early starts on their season with competitions in December in Boston and Spokane, but for many more Dawgs Saturday will be their first competition since the end of the 2022 outdoor season last spring.

A number of professional runners will be adding some spice to the fields as well, highlighted by 2016 Olympic Gold Medalist Matthew Centrowitz, former volunteer assistant for the Huskies and a former student-athlete of Andy Powell‘s at Oregon. Several pros from Seattle-based Brooks Beasts will be competing as well.

As with any home opener, one of the main areas of excitement will be seeing new Dawgs in action, whether for the first time in their collegiate careers, or their first time in a new uniform.

Many of Washington’s returning Pac-12 scorers will be in action this weekend. On the men’s side, 400m hurdles champion Cass Elliott will race at 600-meters, and 400m hurdles scorers Jonathan Birchman and Matthew Wilkinson run the open 400m.

Pac-12 and NCAA 1,500m champ Joe Waskom will battle Centrowitz in the top heat of the…