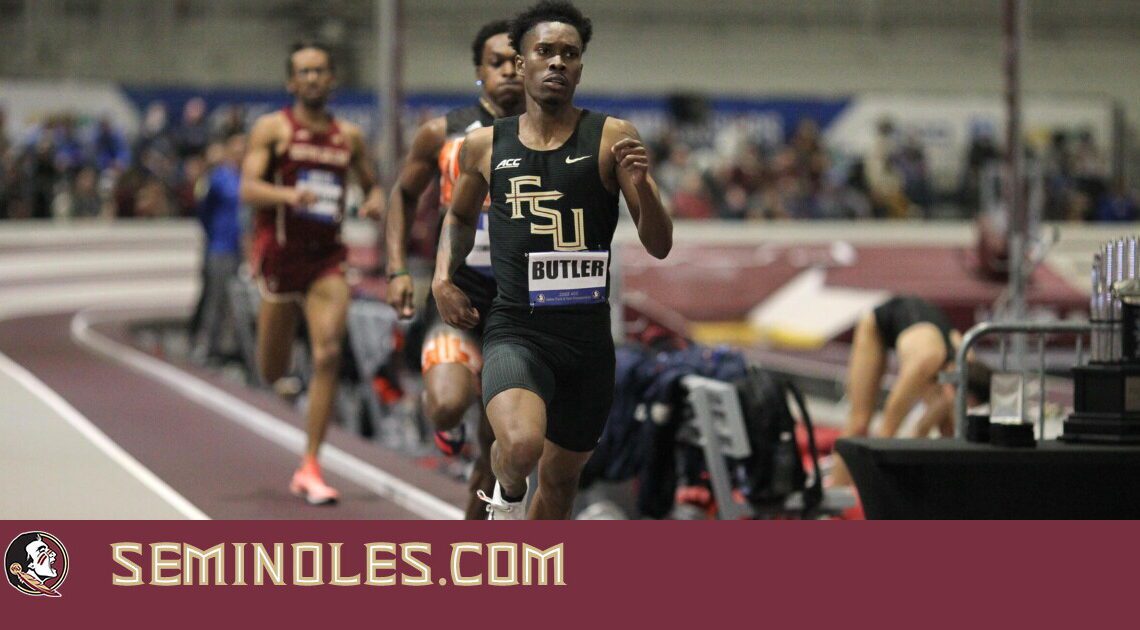 CLEMSON, S.C. – The Florida State track and field team will start the new year by traveling to Clemson for the Clemson Invitational on Friday and Saturday. Events at the Rock Norman Indoor Track and Field Complex will begin at 2 p.m. on Friday and 11 a.m. on Saturday. Keep up with the Seminoles with the meet’s live stream on ACCNX and live results can be found at https://results.adkinstrak.com/meets/19420 .

After the men finished second and the women finished seventh at the 2022 ACC Indoor Track & Field Championship, the Noles hope to carry their success into 2023. Returning athletes, who helped the men’s team earn the runner-up position in the 2022 championship, Jeremiah Davis and DaeQwan Butler will take the track this weekend to begin the 2023 indoor season. Davis, a 2022 First Team All–American in the long jump and triple jump, became the National Runner-Up in the long jump with a personal best mark of 8.00m and finished seventh in the triple jump in 2022. DaeQwan Butler earned his third First Team All-ACC in the 400m dash and will be competing in the 600m run this weekend.

With two returning Second-Team All-American athletes, Taylor Banks and Alex Collier, and new Seminole and 2020 Sun Belt Conference Champion, Ismael Kone, the men’s 60m dash will be a race to watch. The Men’s 4x400m relay has four returning athletes who excel in the relay, with Butler leading, followed by Jo-Vaughn Martin, Alex Collier, and Sean Watkins closing out.