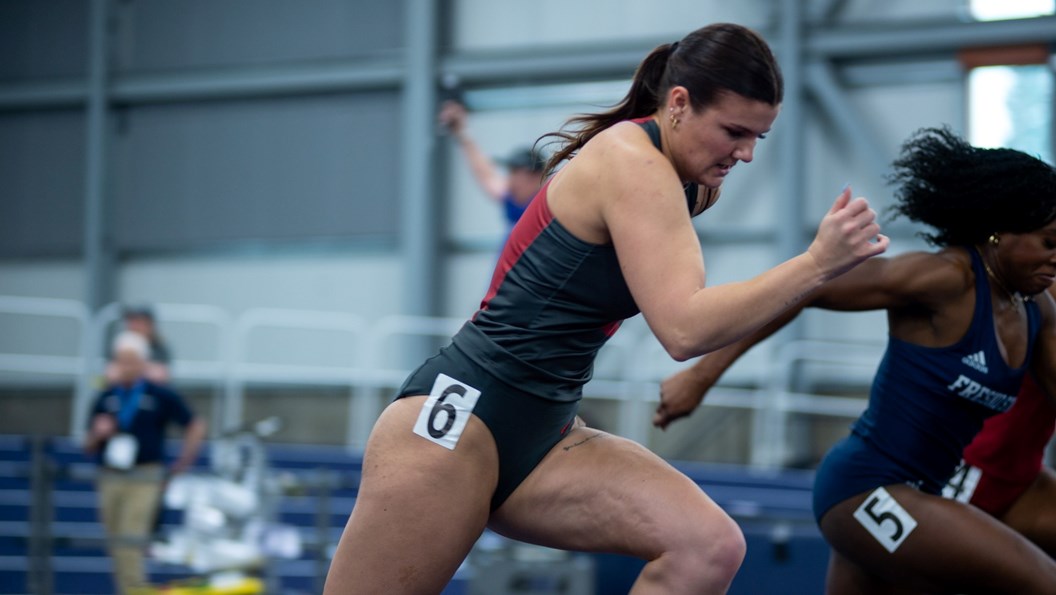 
SPOKANE, Wash. –  Maribel Caicedo (8.05) burst on to the scene by setting the current world best 60m hurdles time while becoming the fastest 60-meter hurdler in Cougar history Friday at the Cougar Classic. Micaela De Mello finished right behind Caicedo moving into second all-time with a time of 8.20 as the Cougars tallied five top-ten marks in the country in their second meet of the season at The Podium.

Mason Layer added his name to the Cougar history book by moving past the previous record with a time of 6.74 to take third in the men’s 60-meter dash. Lawyer has set a personal best in each of his first two meets of his collegiate career.

Freshman Ronald Grueso Mosqquera out threw his competition to take first in the men’s shot put with a season best mark of 17.34.

Senior Daylon Hicks continued to excel in the Podium by matching his season best mark of 2.0 meters to take second in the men’s high jump.  Hick has landed in the top two in back-to-back events to open the season.

Caicedo and De Mello have firmly etched themselves as one of the top hurdles’ duos in the country as both of them climbed into first and second all time for the Cougars while also taking the gold and silver in the event.

Nana Gyedu claimed first place in the shot put throwing a season best mark of 15.29.  Sophomore Kolby Weiss claimed a top two finish in the pole vault with a park of 11-09/3.58 in the first event of the day.
Renick Meyer set a personal best mark of 5.83 to take second in the long jump