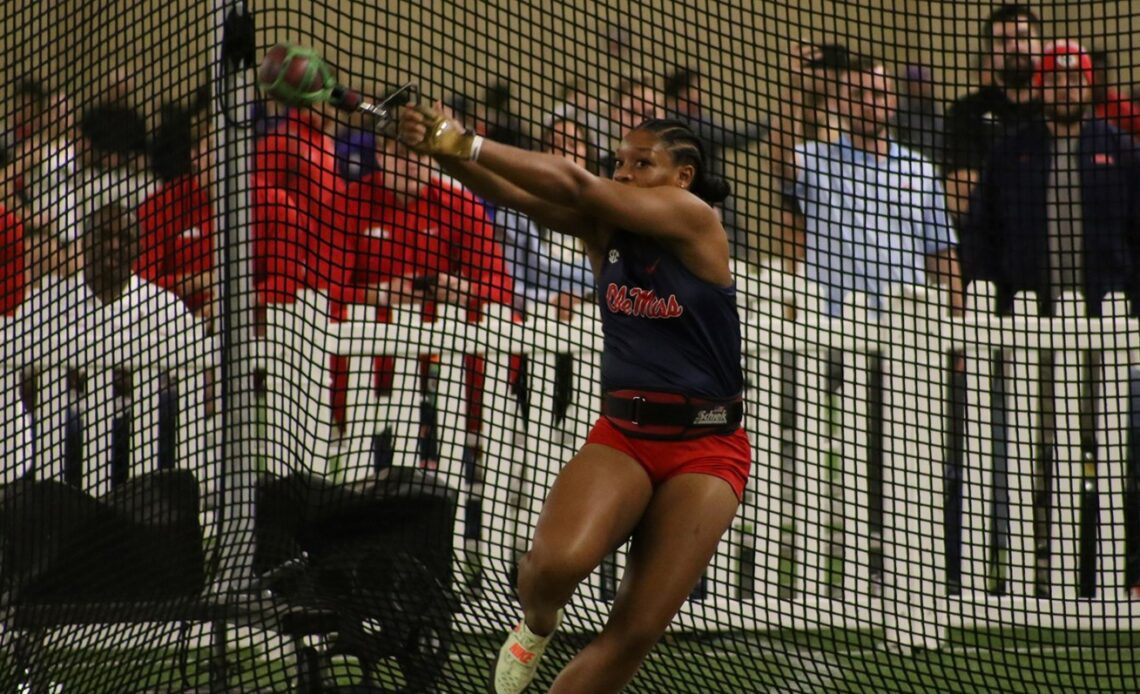 
NASHVILLE, Tenn. – It was a powerful opening day for Ole Miss track & field, as the Rebels excelled in the weight throw while smashing two school records on an excellent first day of action at the Commodore Challenge on Friday night.

Ole Miss reasserted its dominance as the NCAA’s preeminent program in the women’s weight throw following an early-season display of might on Friday. Already the only program in NCAA history to have four 75-foot women’s weight throwers, All-American Jalani Davis took that another step further tonight when she unleashed a four-foot career best toss of 24.13m/79-2 – giving Ole Miss four Rebels within the all-time collegiate top-10 in the event, and all beyond 79 feet.

That toss by Davis – overall the 23rd-best throw in collegiate history – moved her ahead of Rebel great Janeah Stewart for eighth on the all-time top-10 list, as well as No. 3 in the Ole Miss history books. Davis and the professional Stewart actually went toe-to-toe on Friday night, with Stewart winning at a new world lead of 24.48m/80-03.75. Davis was relegated to top collegiate finisher at her best of the night, which now ranks second worldwide and atop the NCAA leaderboards for 2023.

On the men’s side, star Rebel freshman Tarik Robinson-O’Hagan wasted no time in putting his mark on the Ole Miss record books, shattering the weight throw record on his final attempt of the competition to win by more than seven feet at 22.24m/72-11.75. That throw breaks All-American Dempsey McGuigan‘s record of 21.11m/69-03.25 that had stood since 2018.