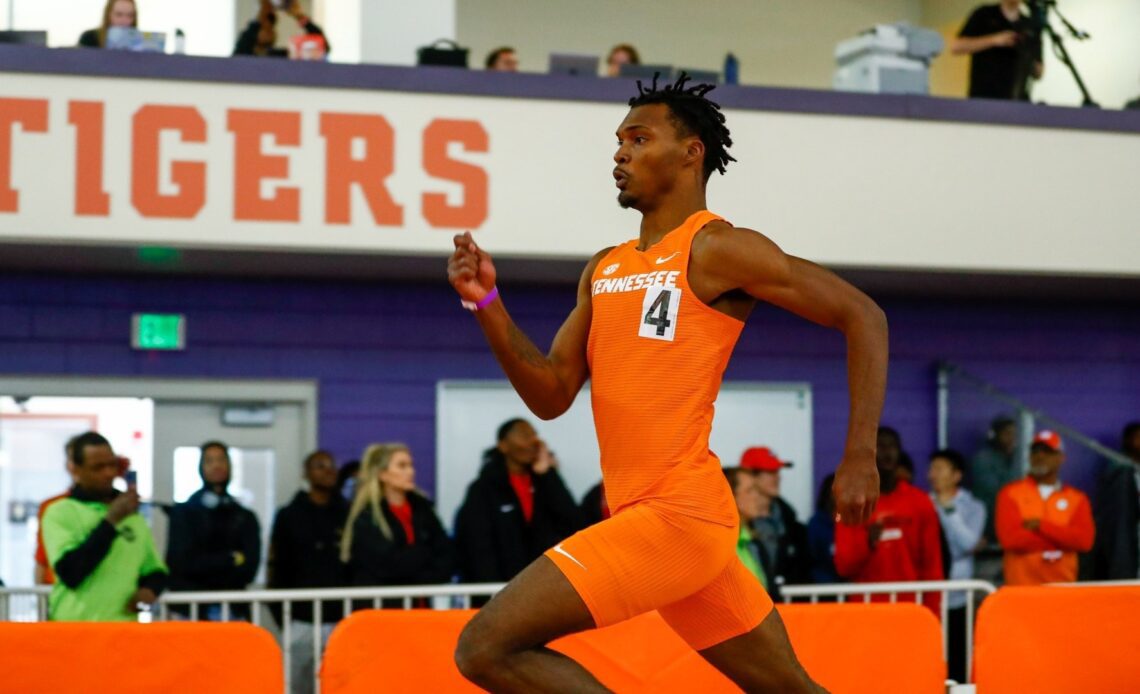 CLEMSON, S.C. — After a trio of Lady Vols etched their name into the record books on Friday, more history was made for the Tennessee track & field program Saturday when redshirt junior Emmanuel Bynum broke the school record in the men’s 300-meter dash to highlight UT’s performances on day two of the Clemson Invitational.

DEFENDING CHAMP: Shifting Bynum’s record-breaking momentum into the 200-meter dash, reigning NCAA champion Javonte Harding clocked a time of 20.64 in his first meet as a Vol for the No. 2 time in the NCAA this season. His mark sits sixth on the all-time Tennessee charts, one spot ahead of Bynum who ran 20.67 last spring.

SEARING SPEED: On the women’s side, junior Jacious Sears continued her phenomenal weekend with a victory in the 200-meter dash after turning in a lifetime-best time of 23.24. The mark currently ranks third in the NCAA this season and placed Sears ninth in Lady Vol history.

The Palm Beach Gardens, Florida, native now ranks top-10 in the country in the 60-meter and 200-meter dashes after her debut meet as a Lady Vol. She ran a lifetime-best 60m of 7.20 that currently ranks fourth nationally.

WELCOME TO THE LADY VOL TOP 10: Freshman jumper Suzan Ogunleye rounded out the four Tennessee all-time top 10 performances on Saturday, posting a triple jump distance of 12.80 meters (42-0) for an indoor personal best in her collegiate debut that sits No. 7 on the program’s performance list.

NCAA TOP 10 MARKS: Over the course of the opening weekend, Tennessee posted 11 marks that currently rank inside the top 10 in the NCAA during the 2022-23 indoor season.

UP NEXT: Tennessee track & field will participate in a pair of meets next weekend with a distance squad opening up at the Vanderbilt Invite (Nashville – Jan. 21) and a group of sprinters, jumpers and throwers taking on the Carolina Challenge (Columbia, S.C. – Jan. 20-21).