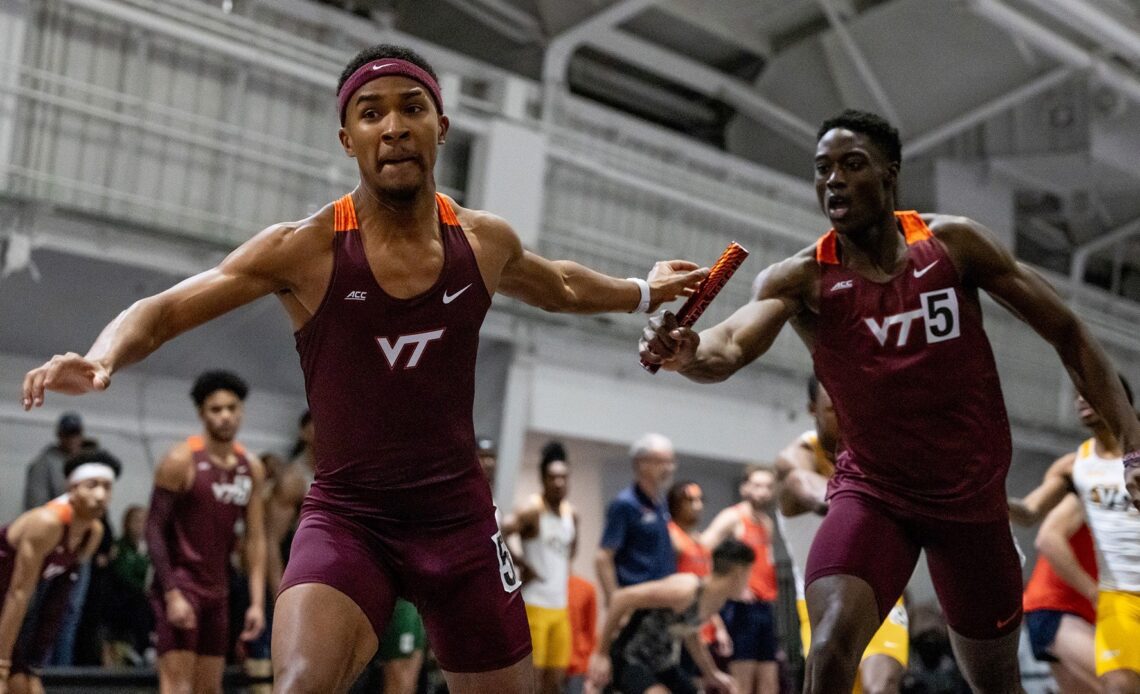 Throws
Essence Henderson claimed first in the women’s shot put on her fourth attempt of the day putting16.38m. Katie Seyfang finished second putting a personal-best distance of16.28m. The Hokies duo were the only women of the day to put past 16m.

On the men’s team, Tyson Jones placed second in the men’s shot put with a distance of 18.44m.

Jumps
Sophomore Caleb Stephens jumped 7.13m on his second attempt of the day in the men’s long jump. Stephens was second at the end of the first three rounds, improving his mark slightly to 7.14m in the final three attempts, finishing third.

Pole Vault
Julia Fixsen shouted with joy as she cleared 4.45m on her third attempt before ending retiring from the day. Fixsen currently holds the second-best mark in the NCAA Division I women’s pole vault event. Making her collegiate debut, freshman Kenna Stimmel is sixth in the Nation after clearing a height of 4.25m.

Virginia Tech returns to the track on Friday, Jan. 20 hosting the Hokie Invitational in Blacksburg, Va. at 4:00 p.m.