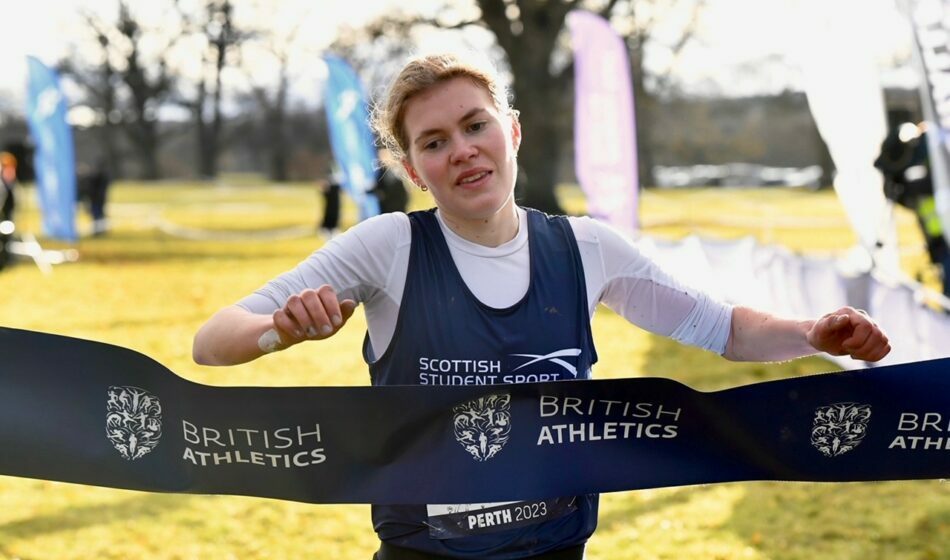 Scots stand out in senior races, while U20 athletes Bird and Harris stake their claim for World Cross Country selection

Two Scottish athletes came to the fore as the latest rounds of the British Athletics Cross Challenge arrived north of the border for a packed day of action in the shadow of Scone Palace, on the outskirts of Perth.

For Megan Keith, it was a case of her continuing to build on the impressive off-road momentum she has been building in recent years, her Senior Women’s victory adding more honours to a winter which has already seen her win U23 silver at the recent European Cross Country Championships.

For Jamie Crowe, however, his commanding win in the Senior Men’s race was the latest step on the road to recovery after what has been a 10-month spell on the sidelines with injury.

The pair stood out in the final two events of a day where Cross Challenge points, Scottish Inter-District titles and even potentially places on the plane to Australia for next month’s World Cross Country Championships were up for grabs.

Keith is already a well-travelled athlete but admitted she would dearly love to be selected to compete for Great Britain in Bathurst. She also raced as if aiming to prove a point.

Though the rain stayed away until almost as soon as the races had finished, a testing course was still reduced to treacle by the time the senior events rolled around. This did little to halt Keith’s progress, however. Running for the Scottish Students team, she covered the 8km route in 28:58 to come home 14 seconds clear of West’s Fionnuala Ross, while World Mountain and Trail Running Championships medallist Scout Adkin was third in 29:16.

East of Scotland took the Inter-District team prize from the Scottish Students, with West landing bronze.

“I’ve been to a few cool countries in the last year and half, due to cross country!”

This time last year, Crowe was still revelling in having made his first senior appearance for Great Britain at the European Cross in Dublin, considering his next moves after running the London Marathon the previous autumn and making his final preparations for winning the second Scottish National Cross Country title of his career.