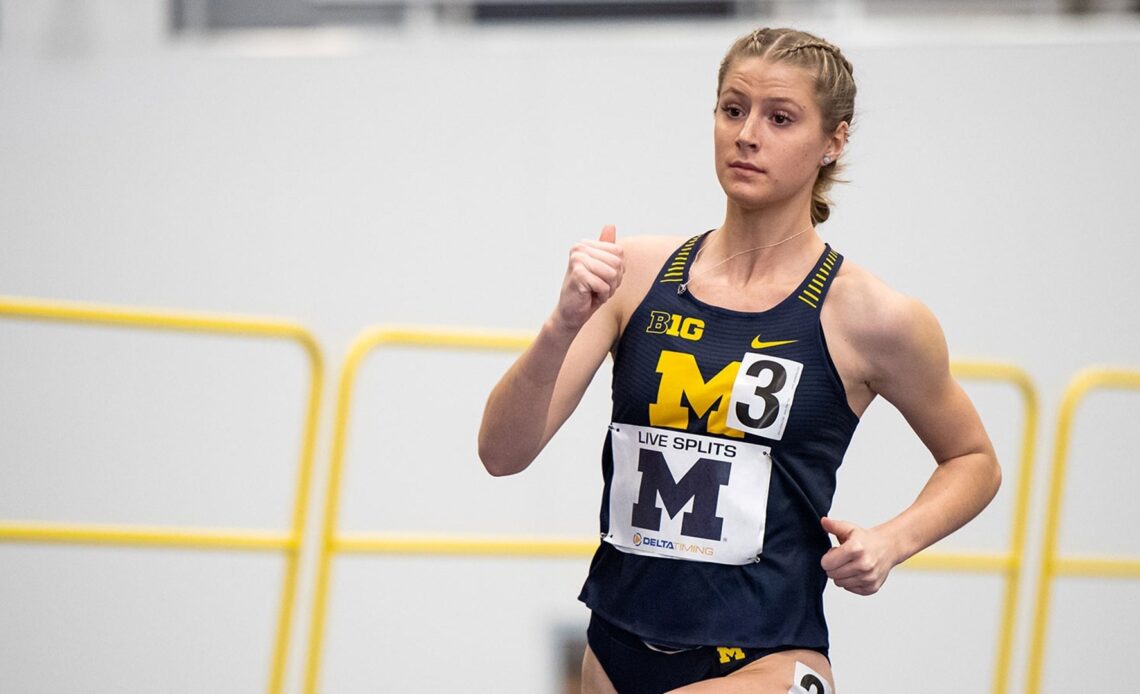 Aasia Laurencin won the 60-meter hurdles in a time of 8.37 seconds. The Wolverines took three of the top four spots in the 200 meters, with Savannah Sutherland winning the event in 23.97 seconds, followed by Trinity Henderson in second (24.93) and Ameia Wilson taking fourth (25.00). Sutherland beat her previous personal best of 25.43 by almost two seconds. Transfer Sophie Isom won the 400 meters with a time of 55.91.

In a tough mile contest, Samantha Saenz finished first with a new career-best 4:46.39, competing against numerous professional runners. Kayla Windemuller had a successful race as well, taking fourth with her time of 4:47.53.

Michigan ran four relay teams in the 4×400, leading to a close finish between Sutherland and teammate Ziyah Holman. Ultimately the team made up of Henderson, Isom, Gall, and Sutherland won the race in 3:43.50. Sutherland ran 52.12 in the final leg of the relay to seal the win for Michigan’s ‘B’ team. The ‘A’ team — Meredith Soule, Rynda, Fulcher and Holman — ran 3:45.29 to take second.