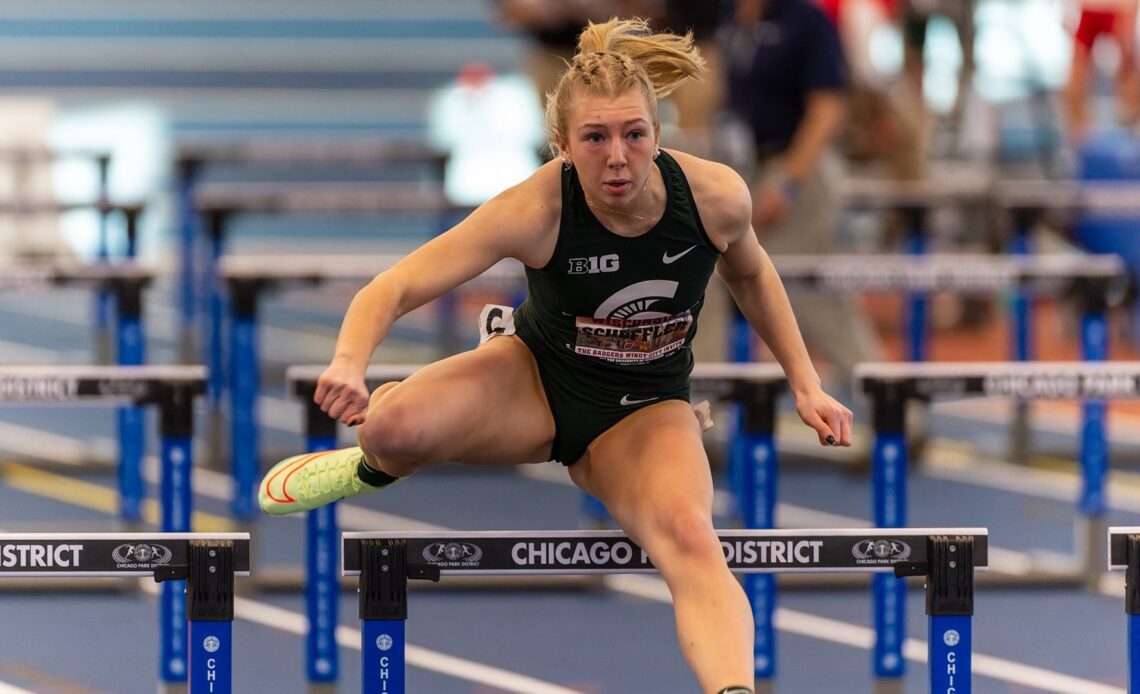 Senior Amani Nuels won the 60m in 7.59 after qualifying for the finals in the top spot. Freshman Anyssa Hall finished sixth in the event with a personal best of 7.91. Junior Kaia Scheffler qualified for the finals of the 60m hurdles with a time of 8.62, placing third in the finals in 8.65.  In the 400m, graduate student Nala Barlow earned runner-up honors with a time of 57.35. Graduate student Shakira Dancy (57.82) and sophomore Lexy Alston (58.81) both set season bests in the event, placing fourth and seventh.

MSU was represented well in the women’s pole vault, with freshman Sophia Mettes posting a 3.96m to take the win. The Spartans also took third (Natalie Blake, 3.66m) and fifth (Breanne Black, 3.Freshman Autumn Glover took seventh in the long jump with a mark of 5.30m, followed by senior Olivia Lopez in eighth with a mark of 5.29m. In the high jump, junior Elizabeth Knoll and freshman Korin Whitcomb both cleared 1.63m for fifth and seventh, respectively.

Sophomore Julia Bajt ran a personal best of 2:21.72 in the 800m for the Spartan women. Sophomores Avery McLean and Tess Piper ran…