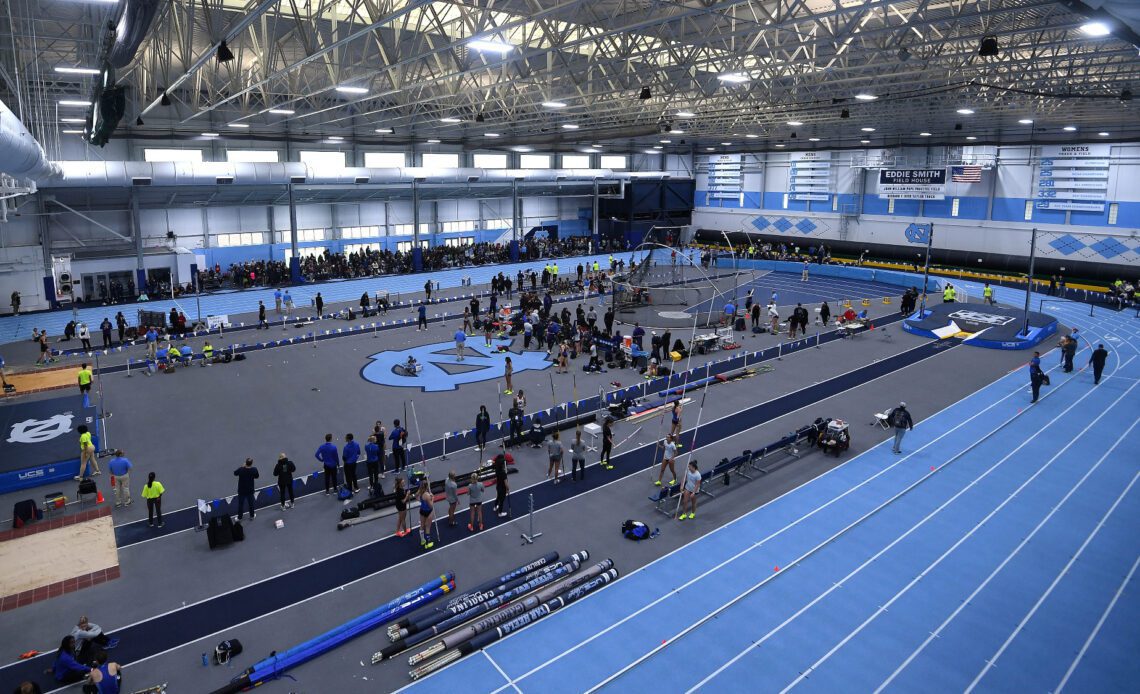 The Tar Heels were hosting their first indoor meet in Chapel Hill in over three years. The last time UNC hosted a home meet was prior to the COVID-19 pandemic at the Dick Taylor Carolina Challenge on January 11, 2020. In the meantime, the Eddie Smith Field House was upgraded from top to bottom, including new lighting, fresh paint, updated UNC branding throughout the building, renovated coaches’ offices and team spaces and more.

UNC put forth a performance worthy of its sparkling home venue on Saturday.

The women were just as impressive for Carolina. Jordan Fong, a graduate transfer from Stanford in her first appearance as a Tar Heel, won the women’s weight throw with a personal-best throw of 19.16m (62-10.50). UNC swept the top three finishers in the women’s mile run with Natalie Tyner winning in 4:52.77, followed by second-place Ava Dobson (4:55.37) and third-place Sasha Neglia (4:55.64).

• Meet officials held a moment of silence during the meet in honor of Richard “Dick” Taylor (UNC Class of 1950), who passed away in 2022. Taylor was an NCAA Division I hurdles record holder as a Tar Heel and later a member…