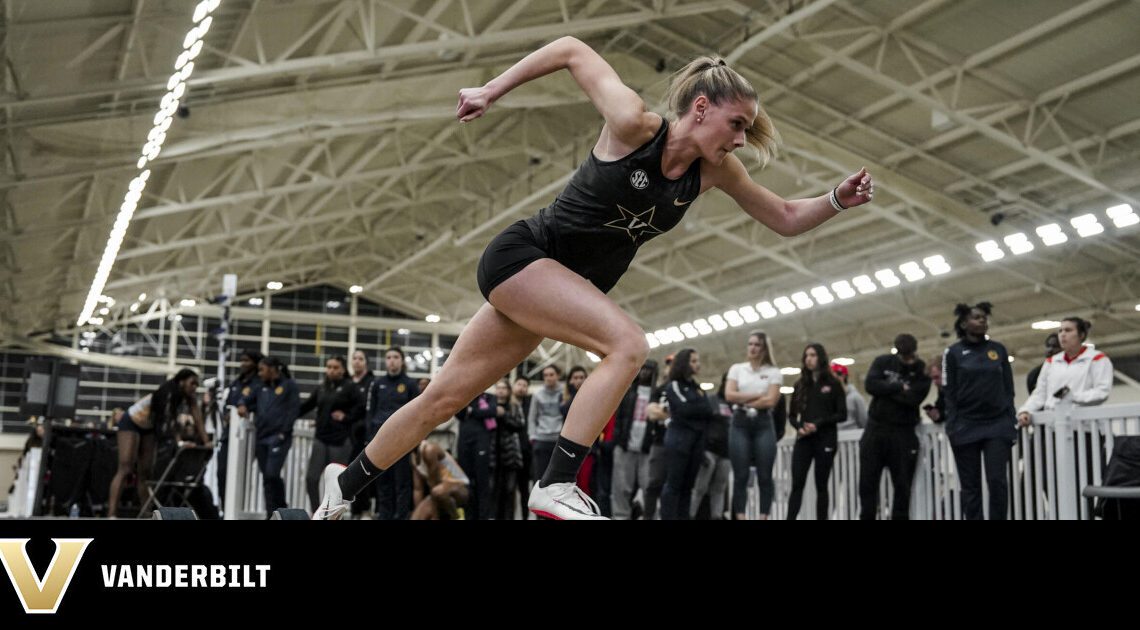 NASHVILLE, Tenn. – The Vanderbilt women’s track and field team scored one first place finish and posted five results that are among the Top 10 in program history during the final day of the Commodore Challenge at the David Williams II Recreation and Wellness Center.

Saturday’s success came after Friday’s action included a pair of school records and seven results that rated among the Top 10 performances in program history.

The final action Saturday was a first place finish for Vanderbilt as the 4×400 relay team of Madyson Wilson, Allyria McBride, Madison Fuller, and Kaira Brown won in a time of 3:43.08.

Two of the top five times in program history were posted in the 60 meter hurdles on Saturday, with Beatrice Juskeviciute registering the fourth-fastest time at 8.58 while Taylor McKinnon is tied for fifth with 8.72.

Overholt, who ran the third-fastest 300 meters in program history Friday, finished Saturday’s 60-meter race in 7.79, the ninth-fastest in Vanderbilt history.

Two of the school’s four best shot put performances were registered on Saturday. Veronica Fraley’s 16.29 is the second-best in program history and was good enough for third place in the Commodore Challenge. Sarah Martin’s 14.78 is the fourth best in school history.

Freshman Kosi Umerah established a Vanderbilt record for weight throw with a 19.01.

The Commodore women’s track and field program will next be in action when it hosts the Vanderbilt Invitational Jan. 20-21.